When one thinks of a city’s downtown, work and business often come to mind. Vancouver is no exception. Downtown is home to Vancouver’s central business district, and the largest concentration of employment in the region. So it should come as no surprise that jobs and innovation are a key issue emerging in Re-Imagine Downtown Vancouver, an initiative that is encouraging individuals to collaborate in creating a vision of what the downtown Vancouver experience could become over the next 25 years. Here are some key ideas that have emerged from the consultation process so far.

Among the many visions articulated for the future of downtown Vancouver, many focus on transforming it into a cosmopolitan centre. People desire a place that embraces diversity, culture, fun and connectivity to attract people to its centre. We are imagining things such as a retail and food hub, an emergent fashion district, vertical manufacturing factories and centres for corporate head offices.

As a gateway to Asia-Pacific, Vancouver is expected to increase its economic ties to the Pacific Rim, so the prospect of an offshore currency hub for Asian currencies, including the Chinese renminbi (also know as the yuan) has great potential in downtown Vancouver. Other visions of downtown include a wider business mix to lessen the effects of entertainment districts on one hand; and the ability to live and work as an artist in the city, on another. 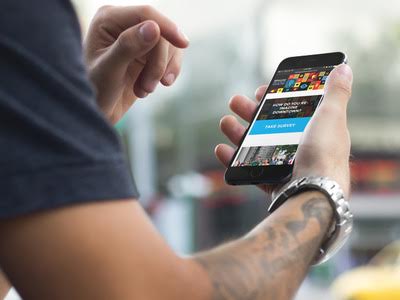 It’s no surprise that we see technology transforming how we work and conduct business in 2040 given the rapid pace of change and increasing connectivity. People imagine that continuing innovation will facilitate flexible work arrangements like more teleworking, online and international business and a 24-hour business day. Connectivity matters for work, education and socializing.

To this end, public high-speed internet is expected in downtown Vancouver in the future to enhance mobility and connection. Free city-wide coverage already exists in the cities like Barcelona, Tel Aviv, Osaka and Perth, while there are city-sponsored hotspots in Paris, San Francisco, New York, Seoul and Boston, among others. Currently, New York City is investigating the transformation of its solar-powered smart garbage bins, which alert the city when they are full or too smelly, to also include wi-fi hotspots. It is expected that Vancouver will follow suit and find innovative ways to enhance digital connectivity in our downtown.

Another emerging common thread is entrepreneurship. There is a desire for greater support of startups and small businesses in downtown Vancouver, and a strong foundation exists in the city to build upon. Vancouver was recently named the Most Entrepreneurial City in Canada in 2014 and ranks fifth out of nine globally compared to cities with a similar GDP per capita. These results suggest that while we are heading in the right direction, downtown Vancouver could improve its regulation and investment environment to foster greater entrepreneurship and continued innovation in our business community. 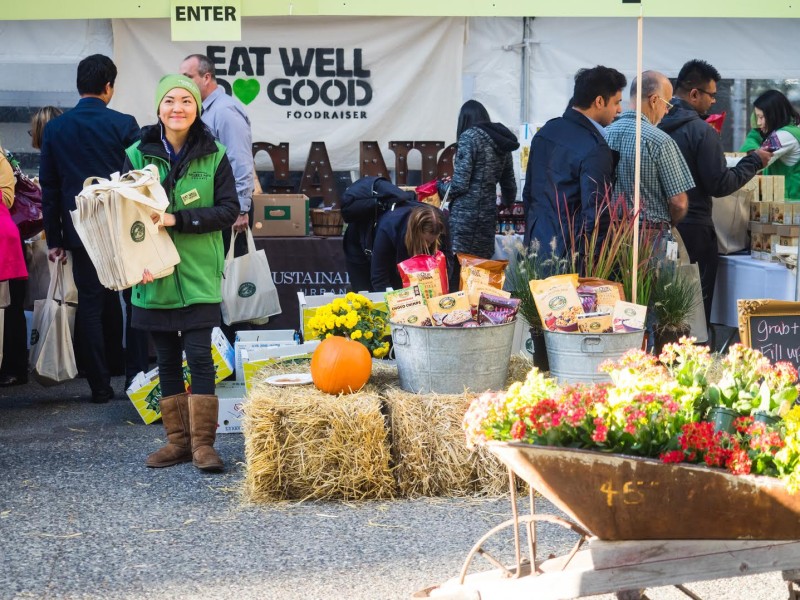 Another popular theme of the Re-Imagine campaign is the promise of sustainable, green or socially conscious businesses in downtown Vancouver. This includes expanding employee benefits to include transit passes, or other services like daycare and even staff living quarters.

The vision for socially conscious business is being reflected in ventures popping up across the city. Vancouver is already becoming known as a hub of for-profit business that create positive social change with over 750 social enterprises engaging in social issues in the community, according to the Vancouver Economic Commission. Several organizations are dedicated to educating and supporting potential agents of change. Some examples include:

The message from these ideas is distinct: future ways of working should be financially viable but also environmentally-friendly and socially-minded.

Co-working and the sharing economy

One popular area of collaboration is co-working. Collaborative or co-working spaces are places where organizations share workspace, support services, and ideas. A local example is The Hive, a shared workspace that offers office space on a daily, monthly or permanent basis. The Hive also nurtures cross-pollination in its membership through collaborative programming and events. These spaces will likely flourish and expand going forward with more public and shared workspaces, mobile offices or coordinated service delivery.

Building on the collaborative possibilities in how we work, many people anticipate expansion of the sharing economy in 2040. The sharing economy is when people share goods and services with one in another in a peer-to-peer exchange or through collaborative consumption like car shares. There are several benefits of moving from ownership to access: sharing often results in more connections to our neighbours and saves time, money, space and resources.

Looking forward, people are already “re-imagining” the integration of bike-sharing with car-shares like Evo, Modo and car2go for businesses, residents and visitors alike. This vision builds on an already strong foundation of sharing in Vancouver. In 2013, the City of Vancouver launched a project to research its potential via the Sharing Project lead by Chris Diplock, founder of the Vancouver Tool Library. The project recorded local sharing resources on this map to encourage sharing across the city. Moving forward, the possibilities for the sharing economy to expand over the next 25 years are endless in a downtown core that will continue to become more dense, populated and connected.

How do you envision the future of jobs and innovation in downtown Vancouver? Share your ideas through the Re-Imagine Downtown website. They have an online survey, are accepting story submissions and are hosting an Instagram contest. The project continues to the end of September. Everything learnt through the process will be collected, studied and synthesized in order to shape the downtown of the future.