The Re-Imagine Downtown Vancouver team is getting out into the community this week, participating into two exciting downtown events.

City Conversations – The Transit Referendum: the Vote, the Campaign, and the Consequences

The results of the Transit Referendum are in. Metro Vancouverites have voted NO. This SFU City Conversation, co-sponsored by Re-Imagine Downtown Vancouver, will take a closer look. Pollster Mario Canseco, vice-president of Insights West, will analyze the results: who voted, where were the yes votes and no votes, and why did people vote as they did? Bob Ransford, senior consultant at Counterpoint Communications and head of the Yes campaign, will review the campaign. Maria Robinson, co-chair of the Metro Vancouver Alliance‘s Transit Action Team will look at the consequences and next steps to ensure that transit in our region is accessible and affordable. 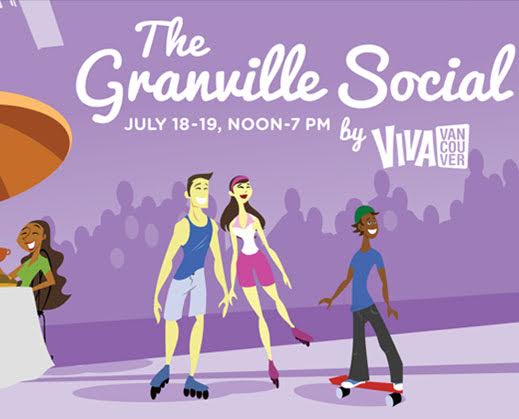 Re-Imagine Downtown Vancouver is excited to be part of this one-weekend only bonanza on downtown Vancouver’s Granville Street. They are helping VIVA Vancouver take outside socializing to a new level with the Granville Social weekend event on July 18 and 19. Watch, play, mingle and meet – all in the street.

The Granville Social is a participatory festival of local and international artists, musicians, athletes, artisans, DJs, community groups and businesses all located on Granville Street from Hastings to Drake.

Re-imagine Downtown Vancouver is excited to be part of this one-weekend bonanza on Granville Street. They will have a tent set up on the 600 block of Granville Street, (between Dunsmuir and Georgia, near Hudson’s Bay). The Re-Imagine team will be on hand to tell you more about the initiative, and give you the opportunity to share your own ideas on how you would re-imagine downtown Vancouver in fun and interactive ways.