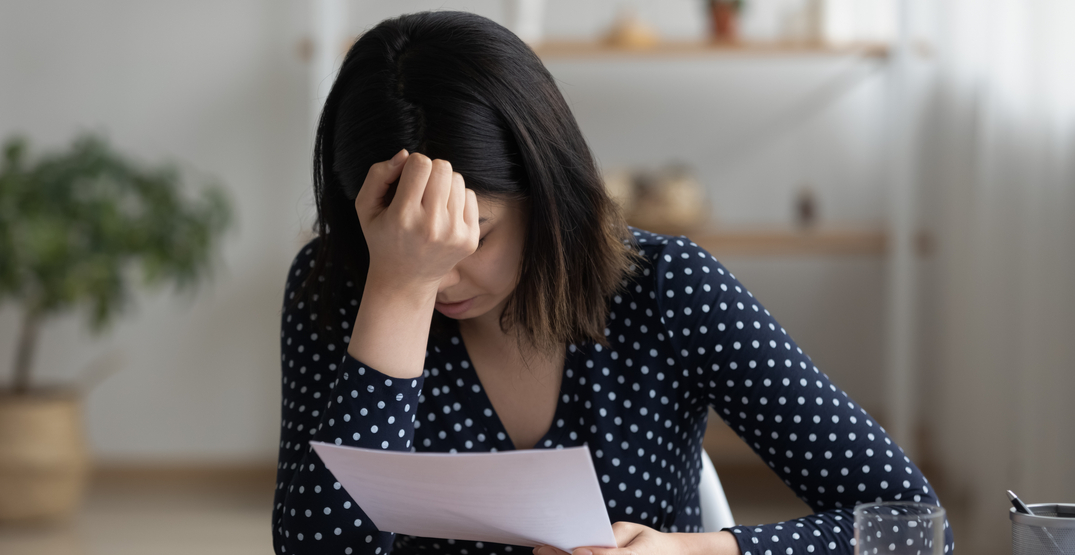 Police are warning the public after a scam letter that includes a number of threats if the recipients fail to make a bitcoin payment in 24 hours.

The RCMP says that they’ve received multiple reports of the letter circulating in the Coquitlam and Port Coquitlam area.

The note demands that the receiver send bitcoin and, in some instances, has contained a white powder. Police are sharing a copy of the letter to help the public recognize it in advance. 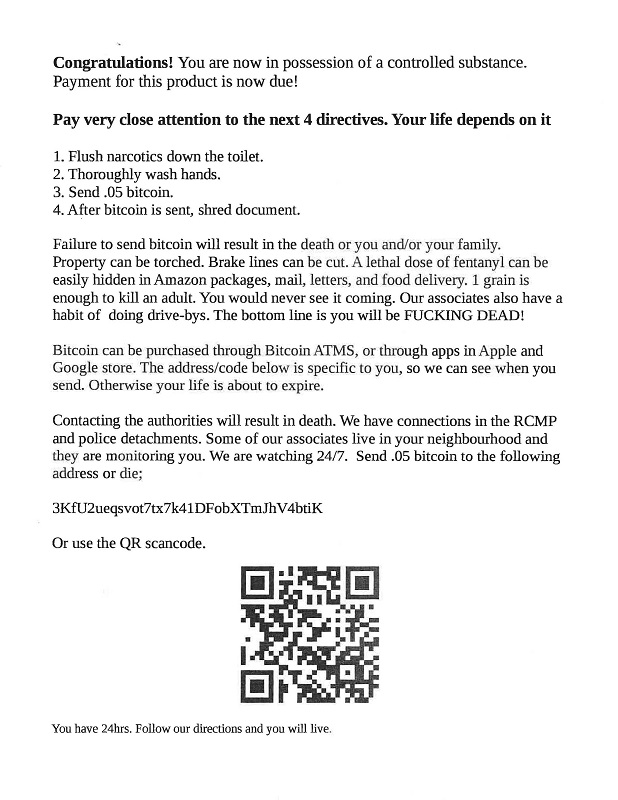 “Congratulations! You are now in possession of a controlled substance,” reads the letter. “Payment for this product is now due!”

The letter contains threats such as torching property, cutting brake lines, and hiding narcotics in letters, parcels, and food delivery.

It also claims that the senders “have connections in the RCMP and police detachments.”

RCMP stresses, however, that none of these letters have resulted in anyone being harmed — both from the threats and the white powder that is sometimes included. The RCMP and Canada Post are investigating the letters, and at this time, it’s believed that they were mass-produced, sent to multiple addresses, and are identical.

“Fraudsters often attempt to pass themselves off as someone in authority,” says Constable Deanna Law, Coquitlam RCMP spokesperson, in a release. “Fraudsters use a variety of tactics, but their ultimate goal is the same — to take your money.”

Anyone that has received a letter or receives one in the future is asked to contact the Coquitlam RCMP. Should they include a white powder, recipients are asked to put the letter, envelope, and contents in a sealable bag and to sanitize the area before calling the police.