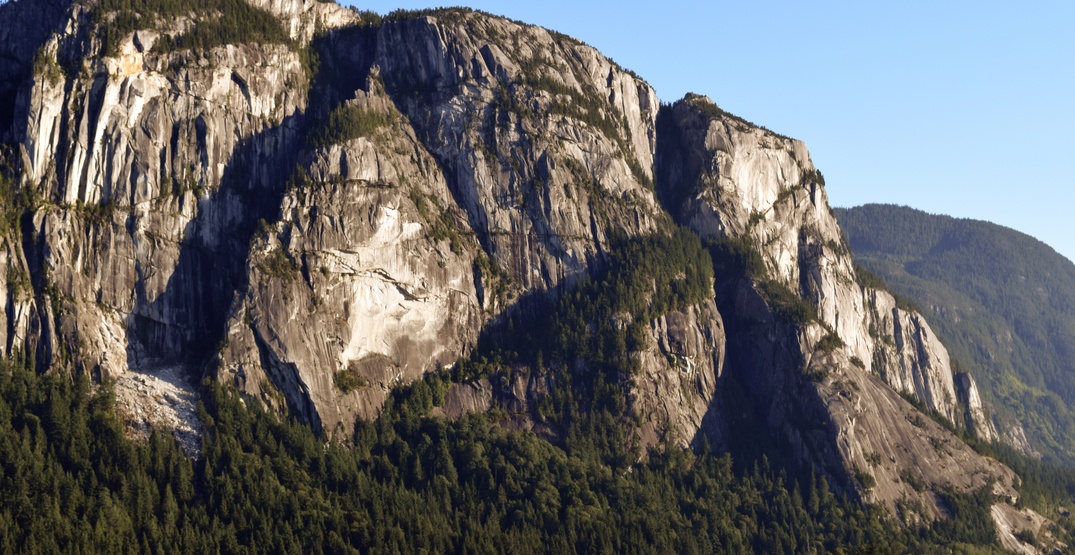 UPDATE: The Squamish RCMP has shared details regarding the event that unfolded on Tuesday morning.

According to a police statement, at approximately 10:45 am, a woman alerted RCMP of a man hiking on the Stawamus Chief who “appeared to be having a mental health crisis.”

The individual was allegedly walking on the edge of a cliff and was believed to be carrying weapons.

Police attended the area and called for assistance from the Lower Mainland Emergency Response Team (LMD ERT). Officers and team members took to the first peak of the Chief to assess the risk for those in the area and to make contact with the individual.

Less than two hours later, at 12:30 pm, Squamish RCMP located the individual and apprehended him without incident.

“We would like to thank the public and the media for avoiding the area while our teams ensured the safety of all those on the Stawamus Chief” stated Sergeant Sascha Banks. “Our geographic area can be extremely technical and challenging for a police response and we are lucky to draw from the expertise of the LMD ERT specialty teams for these exact types of calls.”

UPDATE: As of 1:05 pm, police say the risk to public safety has ended at the Stawamus Chief. “There is still heavy police presence in the area and will be for the next 30 minutes or so,” say police.

The risk to public safety has ended at the Stawamus Chief. There is still a heavy police presence in the area and will be for the next 30 minutes or so. Thank you for all your assistance and a media release will be released shortly. #Squamish #StawamusChief @MountainFM

Squamish RCMP are requesting the public to leave and avoid the area of the Stawamus Chief due to an unfolding police incident.

According to an update on Twitter, members of the public should “expect a noted police presence.”

Squamish RCMP are notifying the public to leave the area of the Stawamus Chief and avoid the area due to a police incident. Expect a noted police presence and please do not post pictures of where members are located. More to come when we can. #squamish #stawamuschief

“Please do not post pictures of where members are located.”

RCMP said updates will be provided.