Last week, RCMP officers recovered thousands of dollars worth of stolen property after following a driver to her Surrey residence.

On Monday, August 11, a stolen Nissan pickup truck was reported in Surrey’s Guildford neighbourhood. Units from the Integrated Municipal Provincial Auto Crime (IMPACT) and Surrey Auto Crime Targeting Team followed the 34-year-old driver who drove the stolen vehicle into the driveway of her residence at the 10,000 block of 138 Street in Surrey.

The female was arrested at her home, where RCMP discovered much more stolen property. It was determined that five other vehicles parked on the property and street were also stolen. This includes a 2011 class “C” motorhome and a 2005 Jaguar, both of which were reported stolen.

The property had other residents and was deemed to be suspicious. Police returned on August 13 with a warrant to search a double garage and a lower suite within the residence. The search resulted in the seizure of other stolen property, items that include MIG welders, power tools, generators, car parts/rims, high end bicycles, audio equipment, boat motor and tool kits.

This investigation started out as a seizure of one stolen vehicle, which eventually led to the significant recovery of some very expensive items,” said Inspector Peter Jadis, Officer in Charge of IMPACT. “Many people were negatively affected by this crime. IMPACT’s ultimate goal is to continue to reduce auto crime in BC and help people protect themselves from auto related thefts.

The investigation is continuing and charges are pending on the female driver, as well as other individuals located at the property.

If you believe any of the items in the photos belong to you, please contact Cst. Daymon Skelton at 778-290-3689. Please be prepared to provide some proof of ownership in order for the item(s) to be released. 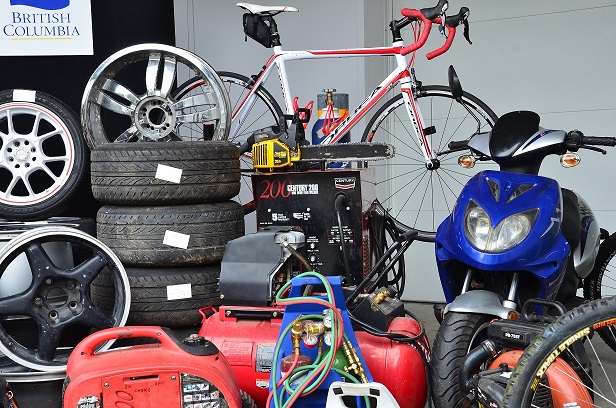 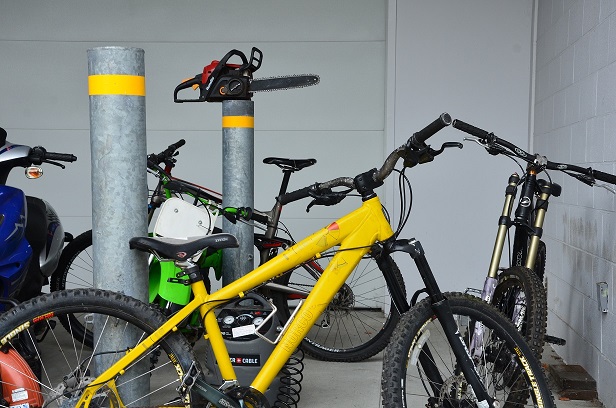