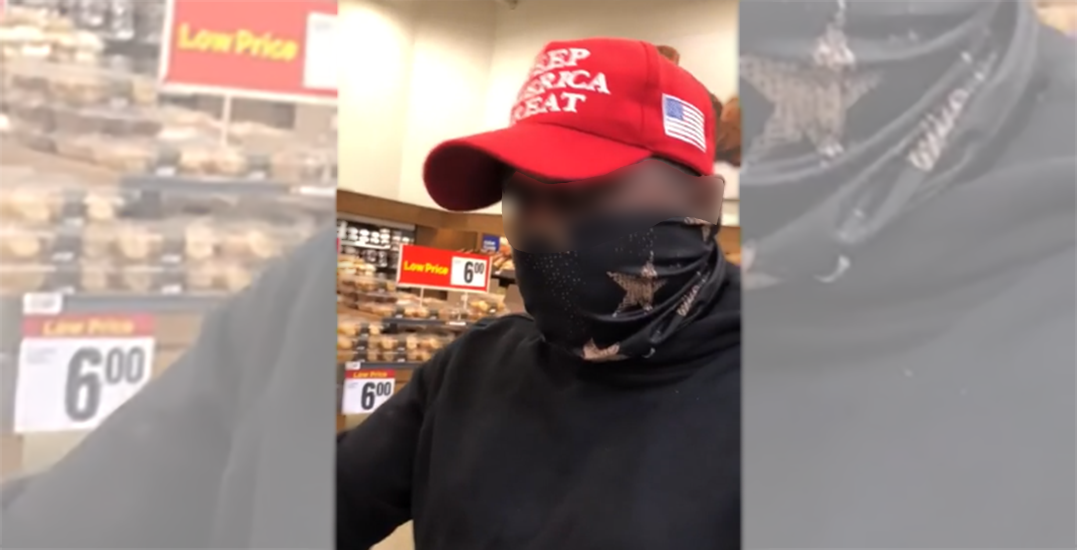 Surrey RCMP is investigating a disturbing incident during which racist remarks were allegedly made towards a nine-year-old girl wearing a hijab.

The incident occurred on Sunday. The child was with her family at a grocery store on the 7500 blocks of King George Boulevard in Newton. Police say that the family was approached by an unknown man who “allegedly made racist comments to the child.”

Footage of the incident was uploaded on Reddit and shows the child’s father speaking to the suspect in question.

“This piece of sh*t right here called my nine-year-old daughter a f***ing Muslim terrorist,” the father says. “You want to call innocent people terrorists because they wear hijabs on their head?”

The exchange continues and an employee notifies the store manager and security. The manager remains with the person filming and the suspect in question as they wait for the police to arrive.

RCMP say that the suspect is known to police and that they’re working to gather additional evidence, speaking to witness, and looking for video footage. They’ve also engaged Victim Services for the family involved.

“This incident was understandably upsetting for the child and their family,” says Superintendent Manly Burleigh, Surrey RCMP Operations Officer.

“Comments like the ones directed at this child are reprehensible, unacceptable and will not be tolerated in our community.”