A RCMP patrol car flipped over earlier this afternoon in Surrey at the intersection of King George Boulevard and 108 Avenue. 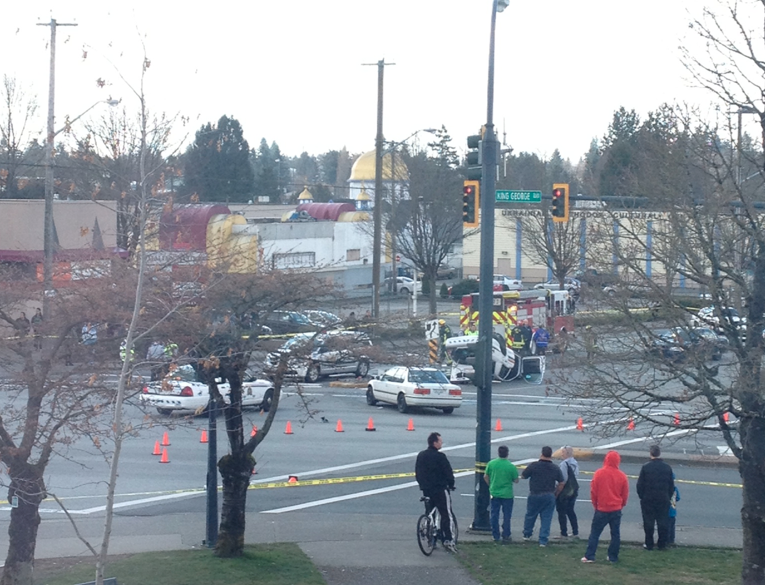 According to Scan BC, the police car rolled over after it was t-boned by another vehicle. An officer has been taken to hospital with non-life threatening injuries.

There is no word yet on any other injuries and exact cause.

UPDATE – Photo of #Surrey #RCMP cruiser on its roof after being t-boned at King George & 108. @jBowmancouver pic.twitter.com/E6bNvC0QwD

Rcmp car involved in accident in surrey bc pic.twitter.com/pfwwxg09sN

Horrible scene here. Prayers for the officer in the vehicle. May God protect the ones that protect us @SurreyRCMP pic.twitter.com/6znRGQrNha