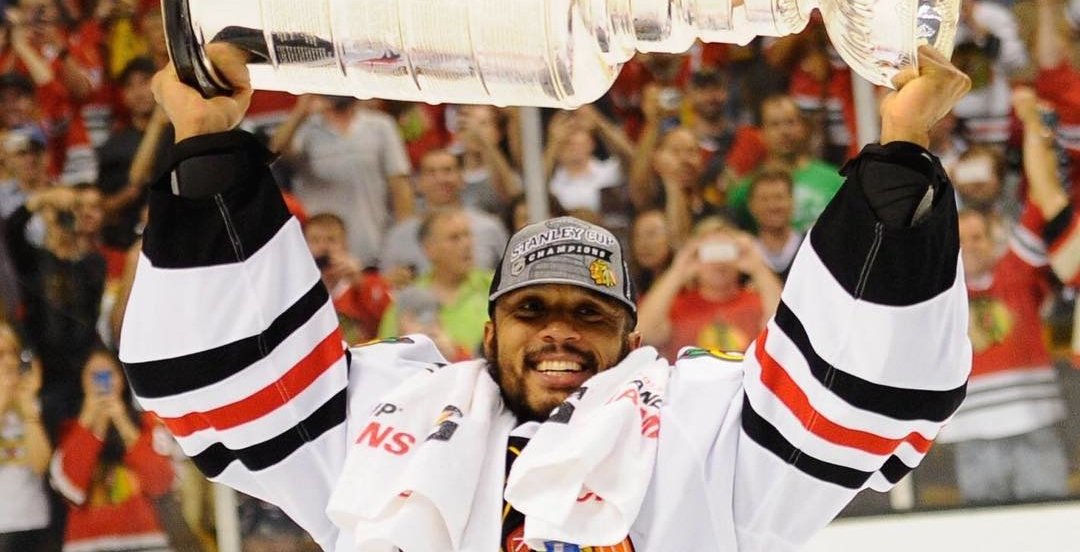 Former Ottawa Senators goaltender, Ray Emery, has been identified as the man who drowned in the Hamilton Harbour on Sunday morning, according to Hamilton Police.

The police say that Emery was swimming with friends when he failed to resurface. The death does not appear to be suspicious and is being called “a case of misadventure.”

The Hamilton native, 35, played in the NHL for 11 seasons after being drafted by the Ottawa Senators 99th overall in the 2001 NHL Entry Draft.

He led the Senators to a cup final during the 2006-2007 campaign before winning the 2013 Stanley Cup with the Chicago Blackhawks.

During his career, he also spent time with the Philadelphia Flyers and the Anaheim Ducks.

NHL players, coaches and executives have also expressed their condolences:

On the passing of Ray Emery… pic.twitter.com/aR17IBFE0d

Deeply saddened to hear of Ray Emery’s passing. My thoughts and prayers go out to his family and friends. 🙏 #RayEmery

Ray was a great teammate and an even better friend. Rest in peace Razor. I’ll miss you man. pic.twitter.com/NNHNc1Swyd

So saddened of the tragic news of Ray Emery’s passing. We played together for only a short time but he was a great teammate and competitor. My thoughts and prayers go out to his family and friends. May he Rest In Peace. 🙏

I will always remember Ray as a good person first & foremost. I envied his demeanor. He had a contagious personality. People were drawn to him. I made close friendships bc of him @DaveBolland I will never forget his selflessness. Man this hurts. Rest easy Uncle Ray Ray pic.twitter.com/hWsl9SNVwE

We are so saddened by the tragic death of Ray Emery. RIP Razor. You will be missed

Such sad news about Ray Emery. He will be greatly missed. An incredible teammate with a huge heart.

So sad to hear the news of Ray Emery. You will be missed bro! #RIPRazor

We are saddened by the news of Ray Emery’s passing. Our condolences go out to Ray’s family and friends. https://t.co/nMNCdJQSyY pic.twitter.com/Pjy2QwcuB8

Our hearts go out to the family and friends of Ray Emery, our former goaltender, who passed away early this morning. pic.twitter.com/QmZJpd7hcM

Our condolences to the family and friends of Ray Emery.

A competitor on the ice and always a part of our NHL family. pic.twitter.com/H4EsfxdBkD

Our thoughts and prayers go out to Ray’s family and friends. Rest in peace, Razor. pic.twitter.com/fInQmuXCWJ