The 19-year-old singer and rapper is creating a wave of positivity, and spreading love one message at a time. Known for his hippie-ish energy, and melodically mixing folk and hip-hop, his first studio album All We Need is an artistic gem full of spirit. Optimistic lyrics are accompanied with acoustic guitar and the sweet voice of Raury Deshawn Tullis.

Defying genres, Raury has established a name for himself in the industry for his talent and political movement. Often using social media to spread his messages, Raury made a statement during his performance on The Late Show with Stephen Colbert. The young rapper wore a shirt with Donald Trump’s name crossed out, the same night that the U.S Presidential candidate was a guest on the show. Raury is not afraid to ask questions, or make statements, and is supported by the likes of Tom Morello and RZA – both of whom are featured on his album.

The soulful singer, who was recently announced as a guest on A$AP Rocky’s Australian Tour, is on his own headlining tour that stops is into Vancouver on November 17 at Fortune Sound Club. We chatted with Raury, who was in Minnesota, to get to know the artist making new musical waves.

Congratulations on this incredible album. What were some of the biggest influences for you while recording it?

I can say the number one influence is actually Marvin Gaye. He’s an artist that found a way to say a message in his song but at the same time it was entertaining. The art form, of course, Bob Marley, Gypsy Kings, Corrine Bailey Rae, Frank Ocean – there are a million things that it comes from.

You’re very active on social media. How do you think these tools affect music these days?

It has changed the entire industry. How an artist can break is completely different. How it’s affected me? It’s made it twice as easy to connect with my movement, the people that are with my movement.

You talk about your movement. Is that different than what you would say is your fan base?

No, not at all. It’s not just my movement alone. It’s my generation. Kids like me that are ready to see something new. Take the face of what is cool in the industry and what is mainstream, there are kids that have seen the same sh*t for the past 15 years or 19 years of our lives, we’re ready for something a lot more full of substance, deeper than entertainment that will cause a shift in how people think

You recently wrote on Facebook, “The kids really have the answers.” What was the meaning behind it?

How we view the world is so unjaded and so truthful. That’s how people need to see it – free of the separation of class, money, or religion. We are really unjaded by all those things, and we’re not afraid to speak out. We have the answers, we’re unjaded. We’re saying everything that the adults want to say.

Being 19, how do you feel about being a positive role model for upcoming musicians and youth?

I’m an authentic role model. I hope that this album opens the door for so many young kids to know that you can find success making music this way. You can really find people who believe in you, and end up on a XXL cover, or do the Colbert show, without having made music a certain way. That’s the kind of role model I want to be, a role model about being yourself.

In Toronto, you received a fan letter about how you inspire others. The writer wrote, “I feel we need more people like you in the world.” Who would be that person for you?

Have you been to Vancouver before?

No this will be my first time.

Do you know anything about the city yet?

All I know is that it’s super far west.

What do you envision for yourself the next couple of years?

I envision people rediscovering All We Need with completely new eyes. I’m not going to stop, and other artists will come about with the same message, and this will be a completely new wave in music. A completely new era in history as far as music becoming something more dimensional than entertainment. Something that has a political influence, and all kinds of power. One thing, a personal goal, I wish to have influenced tens of millions of lives. And just being in a really good place. 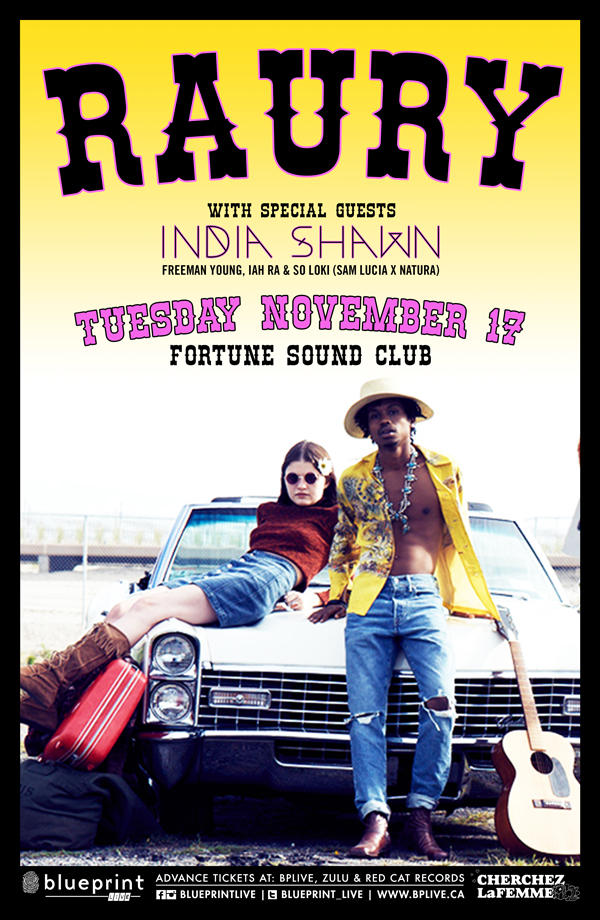