A large red devil statue with a very prominent feature has shown up outside a Vancouver SkyTrain station.

The statue stands about eight to nine feet tall, and was set on a pedestal near the VCC/Clark Drive SkyTrain station in Grandview-Woodland. The statue is at Clark and Grandview Highway.

Commuters have definitely taken notice, not only because of the statue’s size, but because the male figure is depicted with a large erect penis.

A Twitter user asked the City of Vancouver about the statue. Their records explain that the Christopher Columbus statue that had been erected (their word!) in that spot has been moved to Hastings Park.

@MetroVancouver @pr1nc3ssfl0wer Hi! I see a Christopher Columbus statue in our registry near that location http://t.co/cqZszWuxWe

So far it is not known who placed the statue there or what it means.

Here’s a look at the space where the statue went up. According to Google Street View, the pedestal was empty as long ago as May 2012, when their cameras took images of the location: 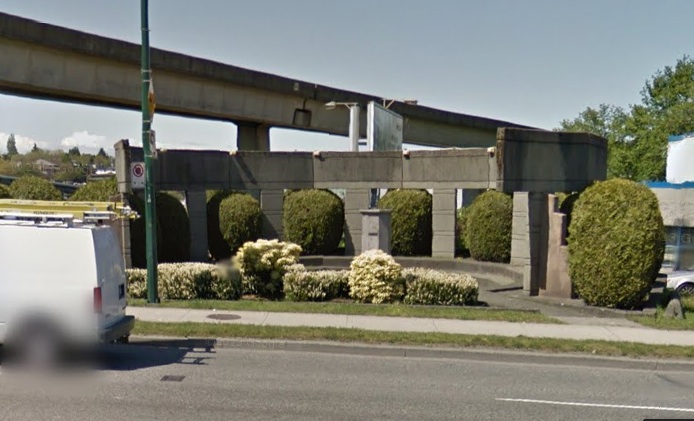