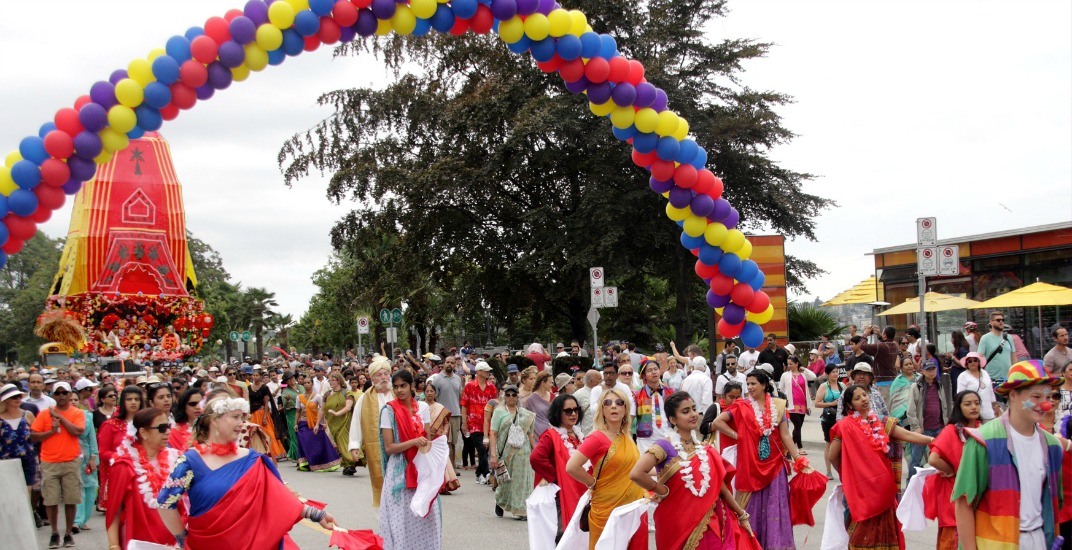 The city’s annual dazzling Ratha-Yatra parade and festival return to Vancouver this weekend.

Taking place for its 45th year, the parade is set to be bigger and better than before with cultural groups, marching bands, classic cars, floats, kiddies trains, dancing lions, mariachis, and much more.

The atmospheric parade is due to start out along Beach Avenue from under Granville Bridge and continue towards Second Beach in Stanley Park.

This is one head-turning free summer event that you don’t want to miss.

And as soon as the parade ends, the ‘Festival in the Park’ begins in Stanley Park beside the pool at Second Beach. You’ll get to hear musicians performing on the two main stages including top Kirtan performers, plus catch live theatre performances, and cultural dance groups doing their thing. 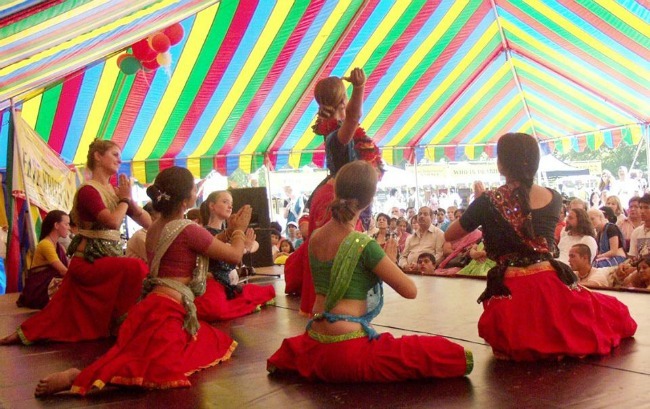 Explore the 24 large tent exhibitions that will be on-site where you’ll find everything from cooking demos, to mehndi (henna) tattoos, a market bazaar, and much more. There will also be balloon artists, face painting, an amusement slide bouncer, and plenty of games to keep the kids entertained throughout the event.

And, to top it all off, there will be a free feast for attendees, too.

For more information and to see a full event schedule, visit Ratha Yatra online and on Facebook.

When: Saturday, August 20 from 11:30 am to 1 pm
Where:  Parade along Beach Avenue from under Granville Bridge to Second Beach in Stanley Park

When: Saturday, August 20 from 1 pm to dusk
Where: Beside Second Beach in Stanley Park
Price: Free

Daily Hive is a proud media sponsor of Ratha Yatra