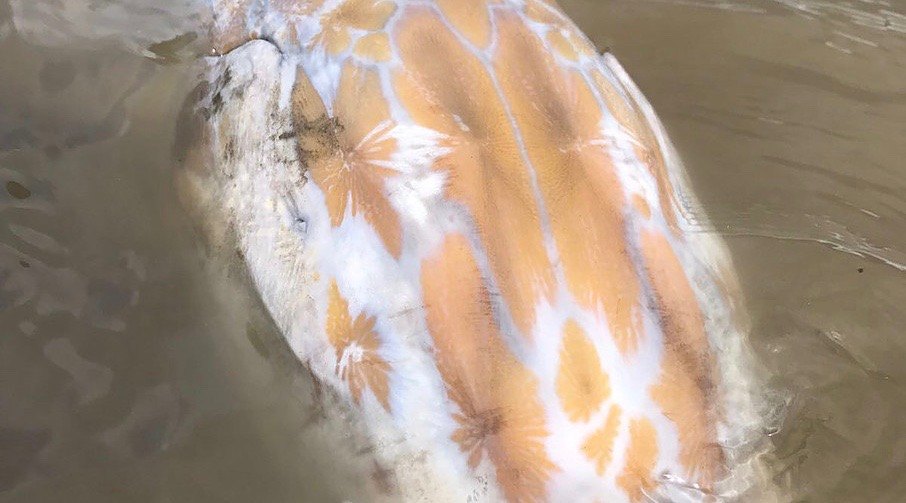 A unique gold spotted sturgeon was uncovered in the Fraser River on Sunday.

Sturgeon, which are more dinosaur than fish, are relatively common in the river. But this particular beast’s golden spots made it unique.

It was hauled in by Francis Mai, who has been watching his dad and brother cast line ever since he was eight years old.

He has operated Rod Tuggerz for the past seven years, but Sunday was a very special day for Francis and his guides Bruce and Bryan.

They were 15 minutes into their morning trip on April 30 when they encountered their first catch.

“The fish bite early in the spring and we knew we had one right away” said Mai.

They didn’t find just any fish however. They found a freaking golden dinosaur.

“We look at it, and then each other, and just laughed and said ‘what is happening?'”

“It was wild. You never see this”

Their catch is a miracle of nature. Francis has seen green sturgeons before, but certainly nothing quite like this.

The fish measured in at approximately 5’9″ and Mai went on to explain that this particular sturgeon would have been approximately 25-years-old.

The time from catch to release was only 20 minutes, but he and his crew savoured every minute of it. They are not amateurs. They are fully aware about the catch and release policy regarding sturgeons in BC.  They are heavily protected.

“We wanted to get it back out as quickly as possible and make sure it was ok” explained Mai.

Sturgeon can grow up to 20 feet in length and can live to be 150 years old. The largest sturgeon ever caught on record was recorded at 24 feet. 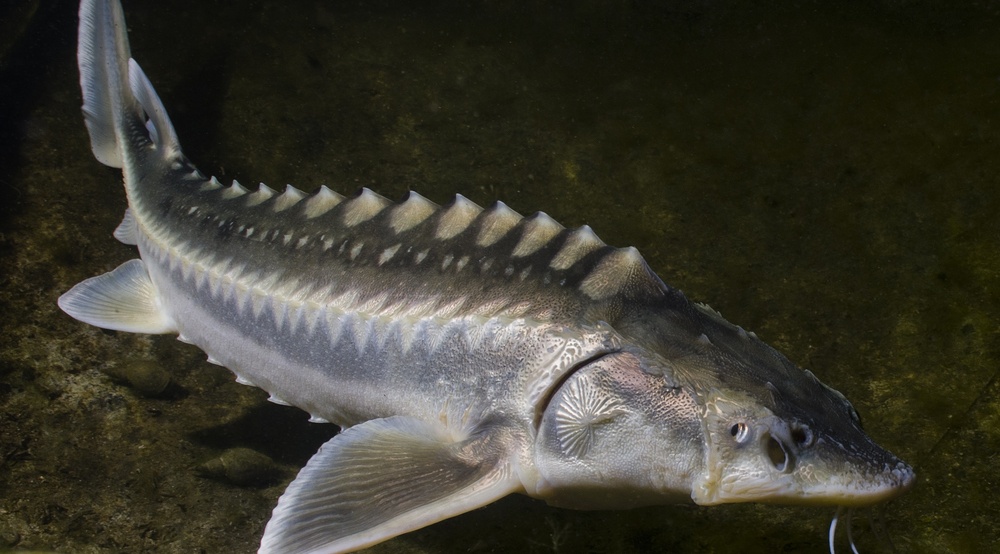 Sturgeon are often called “living fossils”, being part of a family of fish that has been around for 135 million years (Sturgeon/Shuttershock)

Mai’s nephews caught a seven foot sturgeon shortly after the golden giant was uncovered and later released. They admitted to him that they were, “looking for Goldy”.

This has prompted a unique hashtag.