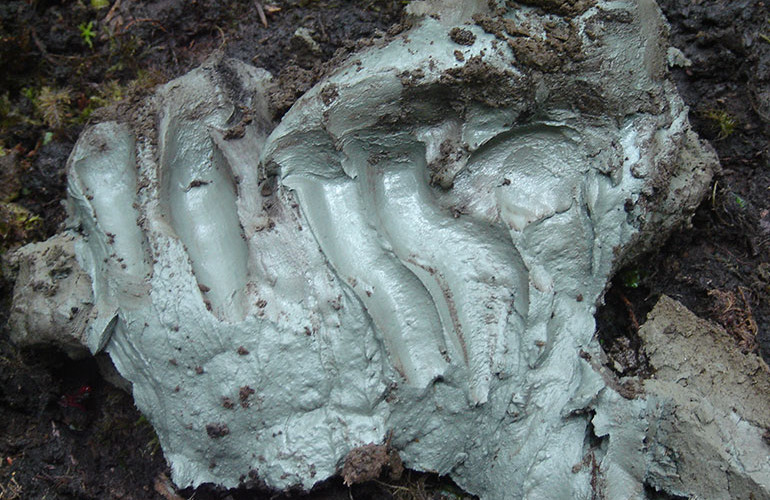 Scientists at the University of British Columbia have discovered that a naturally occurring mineral clay found 400 kilometres north of Vancouver has potent abilities to fight some of the worst and most common bacterial infections found in hospitals.

According to the university’s scientists, the clay is located on the traditional territories of the Heiltsuk First Nation in Kisameet Bay on the west coast of British Columbia. About 10,000 years ago, near the end of the last Ice Age, a 400,000 tonne deposit of the rare clays were formed over a shallow five-acre granite basin.

“Infections caused by ESKAPE bacteria are essentially untreatable and contribute to increasing mortality in hospitals,” said UBC microbiologist Julian Davies, co-author of the paper published today in the American Society for Microbiology’s mBio journal, in a statement.

Unlike antibacterial drugs, the clay presents no toxic side effects when it is used, but further clinical research and studies will be required to determine whether it is suitable for clinical treatment. Furthermore, many strains of ESKAPE bacteria have developed a resistance to the most common antibacterial drugs.

“More than 50 years of misuse and overuse of antibiotics has led to a plague of antibiotic resistance that threatens to reduce the efficacy of antimicrobial agents available for the treatment of infections due to resistant organisms,” reads the paper.

“The main threat is nosocomial infections in which certain pathogens, notably the ESKAPE organisms, are essentially untreatable and contribute to increasing mortality and morbidity in surgical wards.”