Kids or career? Rent or own? Marriage or singledom? With so many different paths leading down the first half of our lives, many of these choices seem like an ‘either or’ conundrum. A new Vancouver production Rapture, Blister, Burn, puts our FOMO obsession under the theatric lens, examining the state and colour of the grass on the other side.

Certainly, the company is keenly aware of the parallels between stage and local audience, as director Aaron Craven states:

In our fair city of Vancouver, the cost of living dictates a two income household. Local families with advanced educations struggle to fit career fulfillment, child rearing, romance, bill paying and ‘me time’ into a 24 hour day. Empowered young singles populate the new condos and bars while the dating scene in Vancouver continues to be viewed through the matrix of ‘stuck up’ women and ‘weird metrosexual’ men. 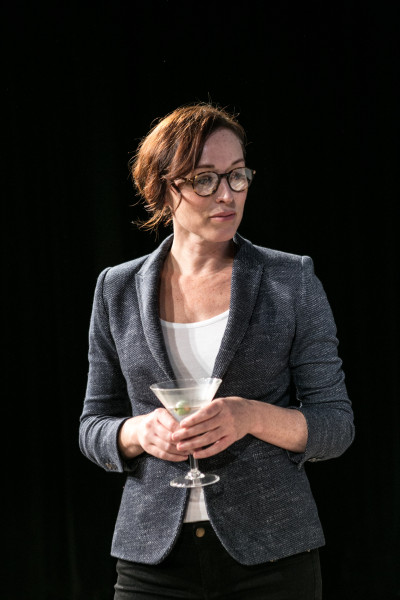 Mitch and Murray Productions returns with Rapture’s Vancouver premiere, centred around “hot doomsday chick” Catherine (Moya O’Connell) who returns home from the big city to an ailing mother. Falling back among old university drinking buddies, beleaguered married couple Gwen (Lori Triolo) and Don (Robert Moloney), Catherine begins a two-act journey into second-guessing all of life’s choices, as well as comparing notes with other women in different stages of life.

But this is no wistful intellectual exercise. While the play opens with a few classroom forays to frame the legacy of 20th Century gender politics, the majority focuses on the here and now. O’Connell as Catherine holds the centre with a strong mix of ‘career woman’ confidence and rearview window regret. In the greatest one-liner of the night, Catherine reveals why she wants to partner up at this point in her life: “A person shouldn’t be alone to face the things between middle age and death.”

It’s a sentiment that her mother, not-quite-dead Alice (Anna Hagan) shares, egging on her daughter to pursue slacker husband Don despite the obvious homewrecking consequences. But this isn’t Alice’s marry-me-or-leave-me world anymore, so the second half sees Catherine and Gwen switching lives in a truly modern arrangement. 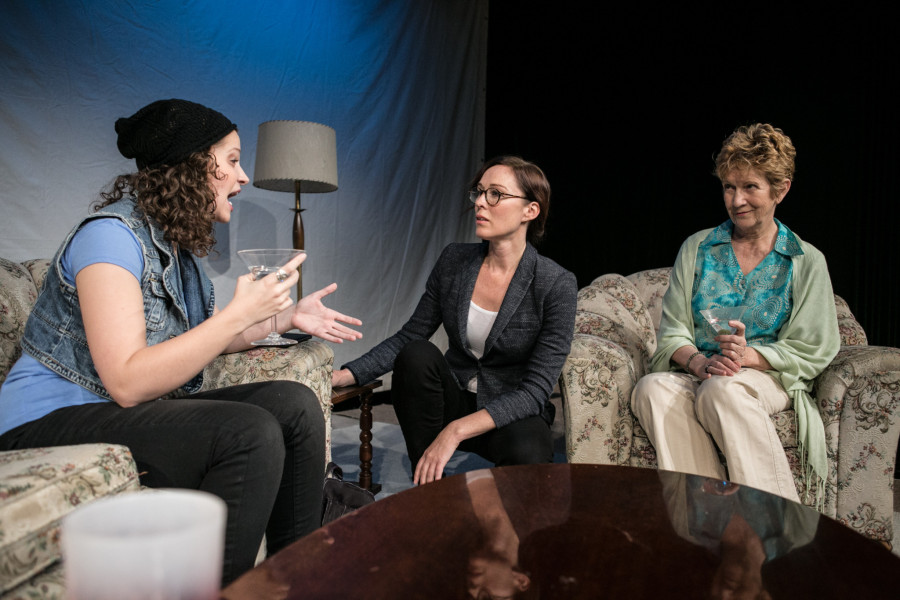 21-year-old Avery (Courtney Shields) has the best, unintentionally hilarious-because-it’s-true lines, reaffirming the old “mouth of babes” adage. While hamming it up just a touch (I thought she acted closer to 16), Avery shows maturity in navigating the new dichotomies of gender politics, in ways that her older acquaintances haven’t fully realized. It’s no wonder why Mitch and Murray selected Rapture for this season’s work; as director Aaron Craven opens in the program: “Millennials get called out for ignoring the struggles of their predecessors. Older generations are pilloried for their outdated views.” Rapture, then, production that plays on both ends of these polarizing archetypes and – at least – asks the universal gender questions that affect us all.

Rapture, Blister, Burn is groundbreaking in the way that it goes off the Bechdel test charts, casting five fully-realized female characters. All get adequate stage time, especially in a scene where they sit on the couch and take turns putting each other’s life choices through the ringer. Robert Moloney plays a strong slacker/stoner underachiever, but it almost seems like the tables are turned on him. In Rapture, the husband becomes the passive object through which women enact their desires of family, value, and belonging.