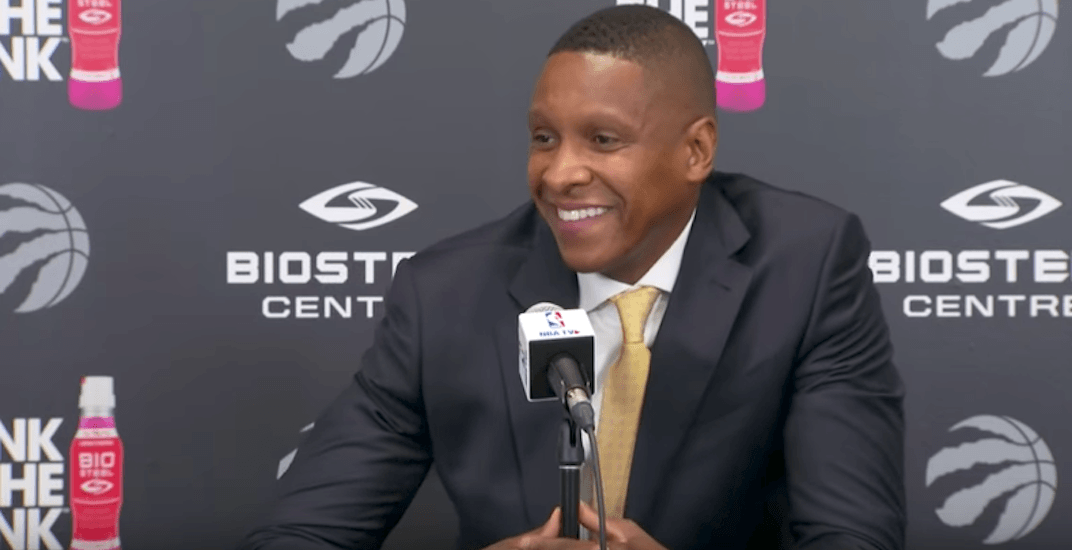 To stand or not to stand?

This hot button issue had gasoline poured on it after Donald Trump’s national anthem rhetoric prior to this weekend’s NFL games.

“Wouldn’t you love to see one of these NFL owners, when somebody disrespects our flag, to say, ‘Get that son of a bitch off the field right now. Out! He’s fired. He’s fired!'” Trump said during a speech in Alabama on Friday.

Players across the NFL protested during the American national anthem on Sunday, and for good reason.

Not a single player from the Titans or the Seahawks participated in the National Anthem just now. pic.twitter.com/yskxkpFYL0

Trump’s inflammatory comments have affected the sporting landscape across North America. Members of the Saskatchewan Roughriders in the CFL linked arms, to show unity during the singing of O Canada on Sunday.

The Stanley Cup champion Pittsburgh Penguins put out a statement on Sunday explaining that they will accept an invitation to the White House. They were criticized harshly on social media for doing so.

The NBA champion Golden State Warriors, on the other hand, will not visit the White House. Like a child, Trump retracted the invitation after Steph Curry said he wouldn’t visit.

LeBron James – a rival of Curry’s during the past three NBA Finals – came out in support of Curry on Saturday.

U bum @StephenCurry30 already said he ain't going! So therefore ain't no invite. Going to White House was a great honor until you showed up!

Raptors president Masai Ujiri weighed in on the subject on Monday.

“I’m 110% behind our players,” the Raptors president said in a media conference on Monday. “There’s nobody getting fired here, you can quote me. You can write that one. My views are my views and I support the players on what they said. ”

Though he was born in Nigeria and operates a franchise based in Canada, the issue still affects the Raptors. They’re in a league where they’re the only non-US-based team, and have a roster mostly comprised of Americans.

So what if they win an NBA championship with Trump in the White House?

“When we win a championship, we’ll deal with that issue,” Ujiri said.

“I think we get to go to two White Houses, right? If we win a championship, hopefully one day, I think we’ll be fine with Trudeau.”