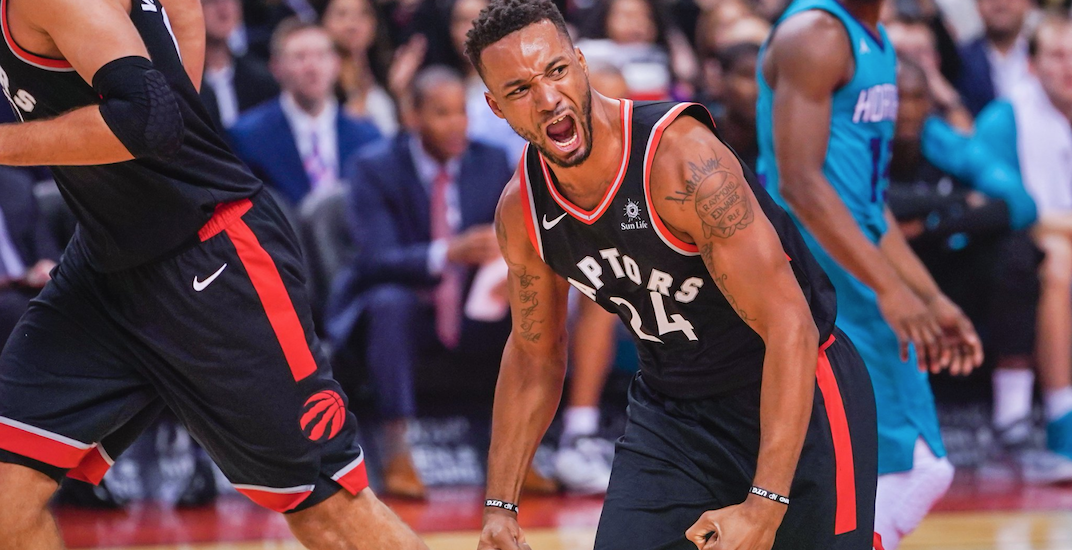 With a 4-0 record to kick-off their season, the Toronto Raptors are putting the NBA on notice that they are a team to be reckoned with in 2018-19.

And to the excitement of fans across the country, the Raptors are getting the recognition they deserve from the basketball community in the United States.

Various outlets have released NBA power rankings this week, and it seems the Raptors have impressed everyone.

Sports Illustrated placed the Raptors No. 1 on their list, citing the team’s back-to-back victories against the Boston Celtics and Washington Wizards over the weekend as the primary reason.

According to SI’s Khadrice Rollins:

“I was prepared to leave Toronto at No. 2 after pulling out the thriller against the Celtics. Then, without Kawhi, the Raptors went on the road and earned another victory on the second night of a back-to-back that they had every reason to lose.

“Kyle Lowry might be down a best friend, but the championship experience provided by Leonard and Danny Green will mean more than pregame handshakes come May. And through one week in October, it seems it is already paying off.”

With Kawhi Leonard still working his way into full form following last year’s quad injury and getting used to his new surroundings, Lowry has been the driving force for the Raptors’ blazing start.

Despite the visible rust, Leonard has been no slouch to start the season. Prior to Monday’s game, he leads the Raptors with 25.7 points per game and in doing so has created a deadly duo in the East with Lowry.

Lowry and Leonard’s offensive surge through the first handful of games is why the Raptors are also on top of the NBA.com weekly power rankings. As NBA.com’s John Schuhmann writes:

“Kawhi Leonard isn’t off to the most efficient start, but had 31 points and a couple of big shots in the Raptors’ win over the Celtics, and Kyle Lowry is here to remind us that this team has more than one star. Lowry is 12-for-21 from three-point range and made a bunch of big plays down the stretch last week, both against Boston and again in Washington on Saturday, with Leonard sitting out the second game of the back-to-back.

“Bench minutes haven’t been great so far, but part-time starter Serge Ibaka gave the Raptors some important second chances (eight of his 11 offensive boards have come in the fourth quarter) in both weekend games.”

Not everyone had them at No. 1

But not every outlet was willing to pull the trigger on the Raptors being the No. 1 team in the NBA.

Reid Forgrave at CBS ranked the Raptors at No. 2, behind the defending champion 3-1 Golden State Warriors.

ESPN and Yahoo Sports also placed the Raptors behind only Golden State at No. 2 in their latest rankings.

Now, looking at the grand scheme of things, yes it’s way to early to crown who the NBA’s best team is and yes, this team is going to be judged based on what they do in the playoffs instead of the regular season. But these rankings reflect a larger shift in how the Raptors are being perceived across the NBA, something fans have been clamouring for over the past couple of seasons.

Prior to this season, the Raptors were always in LeBron James’ shadow (#LeBronto) and were usually placed second or third among Eastern Conference teams in these rankings despite their regular season success. Now it appears that’s changing across the top media outlets and as result the rest of the league can truly see that the Raptors deserve to be talked about among the NBA’s best teams.