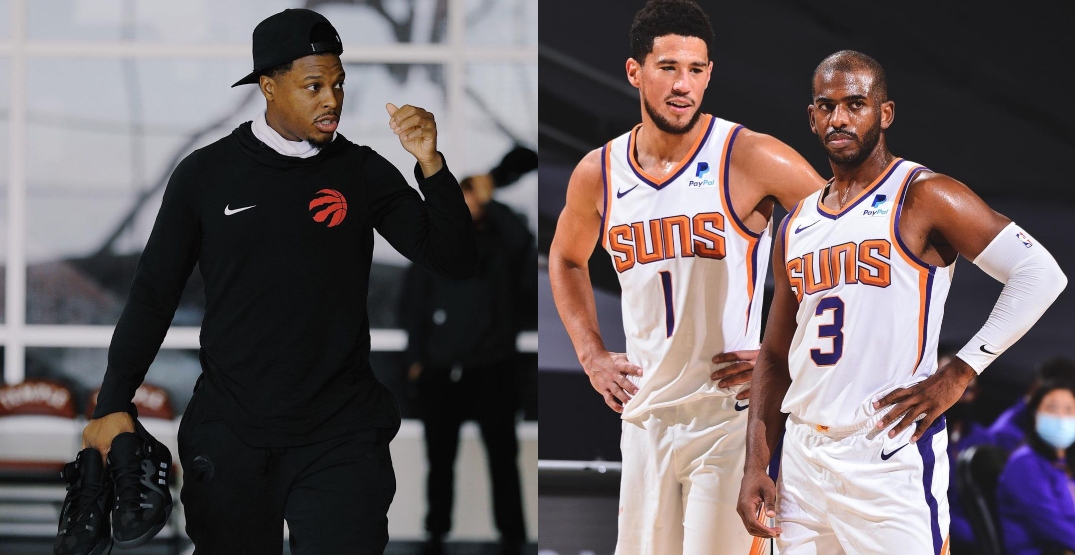 Boycotting games may be back on the table, it appears, after rioting Trump supporters forced their way into the US Capitol in Washington, DC, today. NBA players led the way in pro sports last summer, refusing to play playoff games following the shooting of Jacob Blake.

Kyle Lowry and Chris Paul met earlier today, and will speak to each other again to decide whether to boycott tonight’s game between the Toronto Raptors and Phoenix Suns, Raptors head coach Nick Nurse told reporters, according to the reports of TSN’s Josh Lewenberg and The Athletic’s Eric Koreen below.

Nick Nurse says that Kyle Lowry and Chris Paul met earlier today and will speak again soon re: how to (or whether or not to) go forward with tonight's Raptors-Suns game (scheduled for 9pm ET).

Tonight’s game in Phoenix is scheduled to tip off shortly after 9 pm ET/6 pm PT.

The riot in Washington comes just one day after it was announced that no charges would be laid against the police officer who shot Blake in August. The Milwaukee Bucks released a statement about it on Tuesday.

The Boston Celtics and Miami Heat released a joint statement before their game today, concerning what happened in Washington today, saying they would play with “a heavy heart.”

Both teams decided to kneel before the anthem:

“We play tonight’s game with a heavy heart after yesterday’s decision in Kenosha, and knowing that protesters in our nation’s capital are treated differently by political leaders depending on what side of certain issues they are on,” the teams said. “The drastic way protesters this past spring and summer were treated and the encouragement given to today’s protestors who acted illegally just shows how much more work we have to do.”