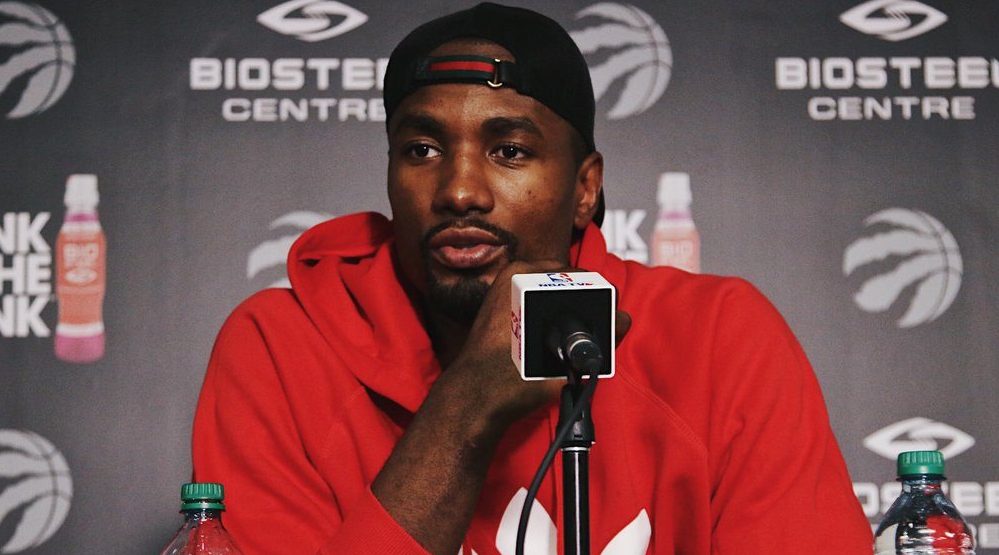 The Raptors have big decisions to make about their upcoming free agents, and the first domino to fall may be power forward Serge Ibaka.

According to Steve Kyler of Basketball Insiders, a deal may already be in place in the $20 million range, and that’s a good thing. The Raptors should re-sign Ibaka to a long-term deal because of a number of factors.

The 27-year-old’s best qualities were on full display during his 33-game stint (regular season and playoffs) with the Raptors.

Raptors’ president, Masai Ujiri, acquired Ibaka back in February alongside P.J. Tucker to address some glaring issues that led to the team’s plateau after starting the year 22-8.

Before the break, the team ranked 16th defensively — not good for a team that prides themselves on their so-called ‘defensive culture’. Not to mention the Raptors lacked toughness and production from their big-men.

In came Ibaka (and Tucker), and many things changed.

The Raptors held the fourth-best defensive rating in the league post all-star break, also having the second-best record in the league behind the Golden State Warriors.

Ibaka’s presence on the glass skyrocketed the team’s total rebounding percentages, going from 25th in the league to 2nd after February 24.

Known for his shot-blocking (though statistically declining the longer he’s been in the league), Ibaka became the team’s go-to post defender, bringing back the defensive intensity that the team missed since Bismack Biyombo’s departure last off-season.

With Ibaka, the Raptors add toughness and a back-end communicator that will meet and shutdown opposing players at the basket.

While Tucker is just as much to credit for the team’s success defensively, Ibaka’s contributions were felt significantly on both ends, especially when Kyle Lowry sat out with a wrist injury.

But Ibaka’s contributions prevented the offence from collapsing entirely.

The Congo native contributed +15 points in 14 out of the 23 contests in the regular season, while shooting almost 40% from three-point range on four to five attempts. Ibaka is the epitome of today’s NBA trend: small ball and the stretch-four — and in some cases, the stretch-five.

Opposing teams have to be weary of his presence, impeding them from closing driving lanes for the likes of DeMar DeRozan and Lowry when they penetrate towards the rim.

Many argue that Ibaka is on the downside of his career, but he’s still got plenty of gas left in the tank.

His career was somewhat revitalized in his stint with the Raptors, and the organization and its players have been complimentary of his on-court and off-the-court presence.

More importantly, with how much money is being thrown around the league and the high-demand for players like Ibaka, the Raptors might be maximizing a deal on one of the very few available considering the market’s lack of big men who can shoot and defend.

Ibaka is arguably right in the conversation defensively with Millsap and Bosh, while significantly better than Anderson, Love, and Horford. Offensively, Ibaka doesn’t shoot the ball as well and isn’t as good as the aforementioned names, but he’s able to hold his own and impact a game considerably.

One way to avoid damaging luxury tax costs is by starting Ibaka at the centre position, making Jonas Valanciunas’ contract ($15.46 million in 2017-18) expendable. Valanciunas could then be shipped out for a solid return.

Valanciunas is not the shooter, defender, nor mobile big man that Ibaka is, and in today’s game, his style of play has hindered his ability to play long and important minutes.

Moving Ibaka to centre allows the team to cover more ground defensively, and on the other end, create space for others.