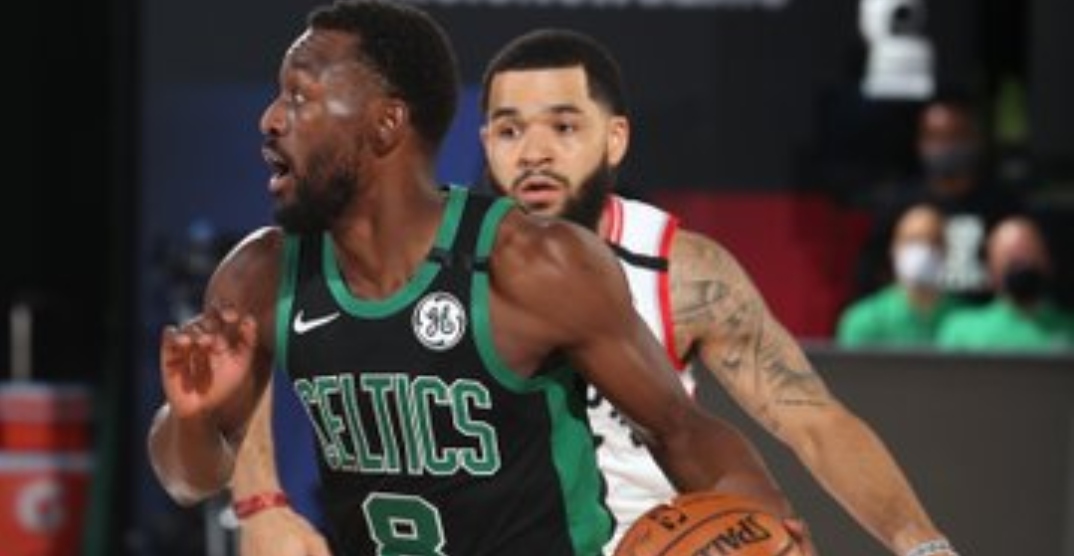 The Boston Celtics just seem to have the Toronto Raptors’ number this season.

The Raptors may have breezed through their first-round series against the Brooklyn Nets, but the Celtics quickly served notice on Sunday afternoon that the second round is going to be a much different story.

The Celtics dominated Game 1 from start to finish, winning by a final score of 112-94.

Things started rough for the Raptors in this one. With 8:04 still remaining in the first quarter, Nick Nurse already felt the need to call a timeout. At that point, the Raptors were already down 11-3 and shooting 1-of-7 from the field.

Unfortunately for the Raptors, things didn’t get much better for them. The first quarter could not have gone much worse for the Raptors. They took 11 fouls, shot just 8-of-22 from the floor, and were down 39-23.

Toronto’s defence was better in the second quarter, but the offence continued to struggle. The Raps shot just 5-of-23, including 1-of-12 from three-point range. Kemba Walker’s buzzer-beater capped off an ugly first half for Toronto and gave Boston a 59-42 lead at the break.

The Raptors were able to get their offence going a bit more in the third quarter, outscoring the Celtics 31-29, but were still down 88-73 heading into the final frame.

However, the offence went cold again in the fourth quarter. The Raptors were outscored 24-21 to complete the 112-94 loss.

After leaving Game 4 against the Nets with a sprained ankle, Kyle Lowry was healthy enough to play 34:50 and score a team-high 17 points.

After an impressive series against the Nets, OG Anunoby also had some impressive moments on both ends of the court throughout the afternoon.

Need more of this pic.twitter.com/F8tWy56knx

Other than that? There really weren’t any positives to take away from this game for Toronto.

The Raptors have lost two games in the Orlando bubble, and both were ugly losses to the Celtics, who have now won four of the five games between the teams this season. It seems clear that this is a tough match-up for the Raptors and they’re going to have their hands full in this series.

There are a lot of areas they’re going to need to improve on, but more than anything the Raps are going to have to shoot much better going forward in this series if they want to have any chance of moving on. 36.9% from the floor (31-of-84) and 25% from deep (10-of-40) isn’t going to cut it.

Game 2 of the series is set to go on Tuesday.