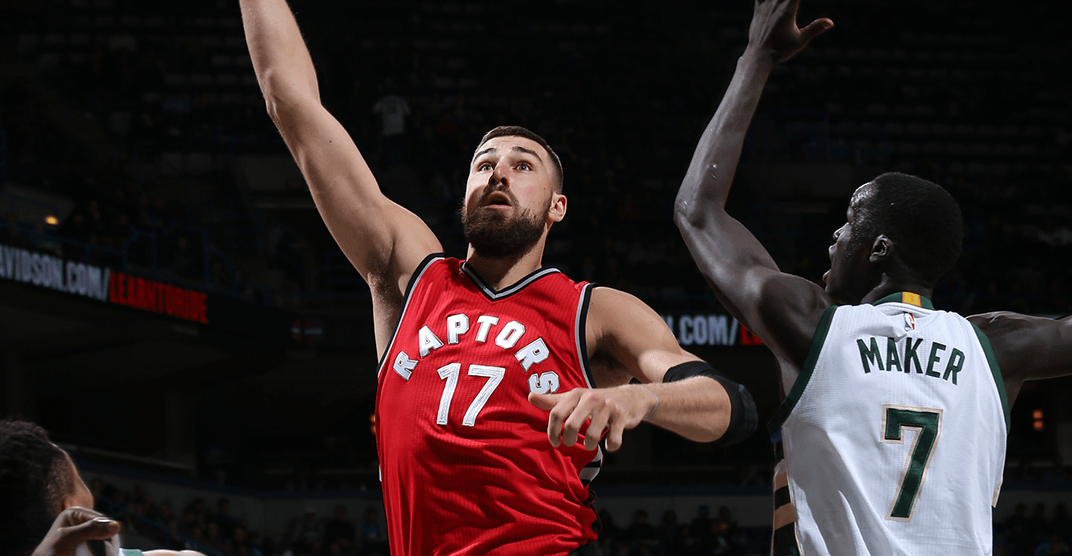 With calls for a culture reset by Toronto Raptors’ president Masai Ujiri, the team went into training camp and preseason with a different mindset this year.

The Raptors took the time to play some games in between flying across the country to Victoria, then to Hawaii, before returning home, going 3-2 during preseason. That’s where the Raptors displayed a quicker, volume shooting, pass-heavy offence.

The ball movement was a refreshing sight for fans, as All-Star guards, DeMar DeRozan and Kyle Lowry became willing passers and facilitated much of the offence in the five games.

We also saw standout performances by individuals like offseason acquisition C.J. Miles, 2017 draft pick OG Anunoby, and Jonas Valanciunas, who came into camp in shape and more mobile than the previous season.

However, as good as the small sample size was, there were also some glaring issues that will need to be addressed before the season opener on Thursday at home against the Chicago Bulls.

The Raptors have clearly made three-point shooting their primary emphasis in the new offence.

Through the five games of the preseason, the team has attempted an incredible 41.6 three-point attempts per game, second in the league behind the Houston Rockets.

In the first preseason game, the Raptors surpassed their regular season high for three-point shooting last season (35). Problem is, they shot an abysmal 30% from beyond the arc, with a whole bunch of guys jacking up shots whenever, wherever.

Dwane Casey says Raptors plan to pare down 3-pt volume to the 25-30 range they'd discussed, pare down who is shooting them.

That’s not likely to continue, as head coach Dwane Casey has said the team will reduce the number of three-pointers taken, getting the top shooters to take most of the shots.

2. Minimize the lack of experience

With many veterans leaving this offseason, head coach Dwane Casey has no choice but to rely on the young players to support the main, key guys, which currently makes up two-thirds of the roster.

At the start of the preseason, C.J. Miles was plugged into the starting role, leaving the bench for the young players.

It's CJ and The Kids: Miles, Wright, VanVleet, Anunoby and Poeltl

When the bench came in, the production dropped significantly in comparison to the starting lineup – there was a lack of scoring on the floor, the offence went stagnant, and guys didn’t play with much confidence.

A lot of that has to do with the lack of experience, and without a go-to player in the lineup, players tend to become passive and go through the motions.

Coach Casey made a change to the lineup for the last few games of the preseason, plugging in Norman Powell to start alongside Lowry, DeRozan, Ibaka, and Valanciunas.

The starting lineup’s pace of play remained the same, while Miles made a big impact coming off the bench as the main scoring option.

Not only is Miles a lethal outside shooter – among the league’s best – but he’s a veteran that has been through many situations throughout his career.

For the projected bench lineup of Fred VanVleet, Delon Wright, Pascal Siakam, and Jakob Poeltl, Miles will be a calming presence on the floor, and will take the pressure off of the young guys to have to produce, rather than just playing hard and affecting the game in other ways.

Almost every year, Raptors fans ask if Valanciunas will be an integral part of the team’s offence.

In the preseason, Valanciunas showed for the first-time in a while that he is in shape, light on his feet, mobile, and ready to play. The seven-footer came in with some confidence, and displayed a better ability to read situations, make passes, allowing the game to come to him.

With the new offence, coach Casey mentioned Valanciunas’ new responsibility to become a playmaker at the top of the key, meaning he will be relied on to make important decisions.

During the preseason, he averaged a 11.6 points, 8.8 rebounds per game on 68% field goal shooting, 80% from the free-throw line, and only one turnover a game (an improved rate to his regular season), all on 20 minutes on average.

His preseason averages would be 20.8 points, and 15.8 rebounds per game if adjusted to per 36 minutes. Again, small sample size, but the big man showed that he can be effective in short stints, as long as he’s being utilized.

The question will be whether or not that happens, and if it does, will it last?

An inside presence is imperative to any offence, and with the amount of ball movement and shooting around the perimeter, JV can neutralize opposing defences from pressuring and trapping the guards.

Valanciunas has the tools and needs to be an option offensively every time down the floor, or else he’s clogging space, negating anything the Raptors do from the three-point line.