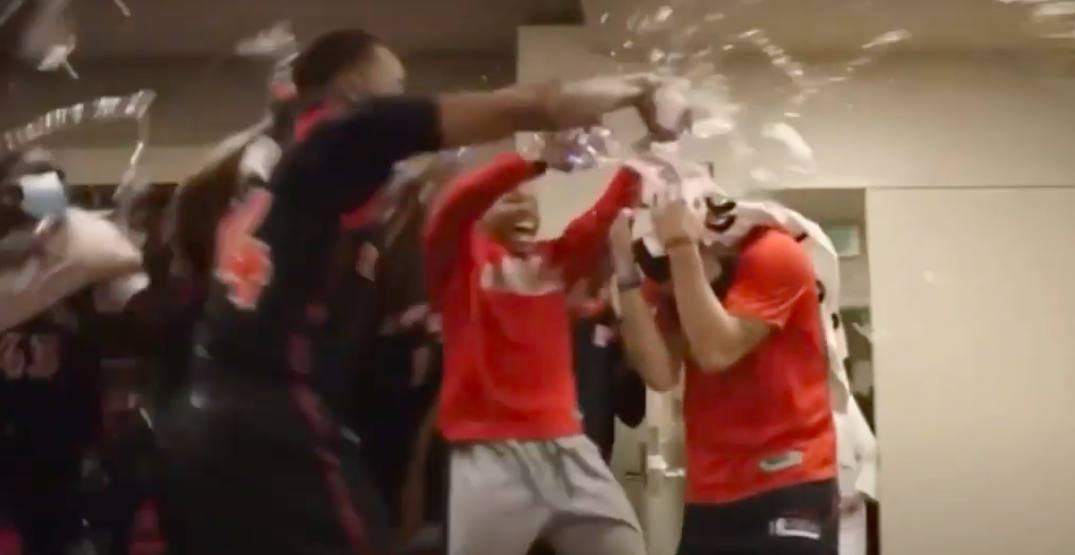 After VanVleet broke DeMar DeRozan’s Toronto Raptors franchise-record for most points scored in a single game with 54, his teammates were positively giddy.

VanVleet also claimed the record for most points scored by an undrafted player in a game, passing Hall of Famer Moses Malone.

As the Rockford, Illinois native was walking back to the locker room, his teammates were in position to celebrate.

With water bottles in hand, VanVleet’s teammates drenched him with so much water that all he could do was just cover his face with the towel. VanVleet was more than happy just to stand there and take the shower while his teammates dapped him up and showed him love.