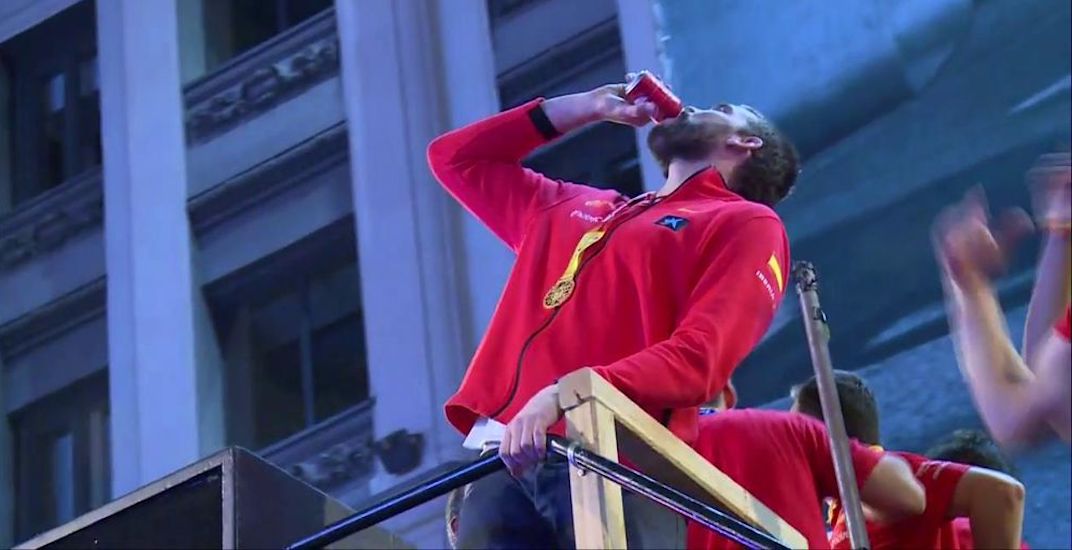 Back in Madrid after their Basketball World Cup triumph in China, Spain celebrated their victory in style.

That meant that Toronto Raptors big man Marc Gasol got to participate in another championship parade.

Gasol, you might remember, was the star of the Raptors’ parade in Toronto. Nobody partied harder than the 34-year-old, who captured the first championship of his 11-year career.

Instead of taking the summer off to rest and recuperate, Gasol was a key contributor for his country. Gasol finished second on his team in points per game (14.4), first in rebounds (5.5), and second in assists (4.1).

So if anyone deserved to celebrate the World Cup triumph, it was Gasol – who has earned the nickname “Beer Papi.”

And celebrate he did. Enjoy:

What an amazing year… THANKS!!!
CAMPEONES DEL MUNDO!!! pic.twitter.com/NUX3lAOIPr