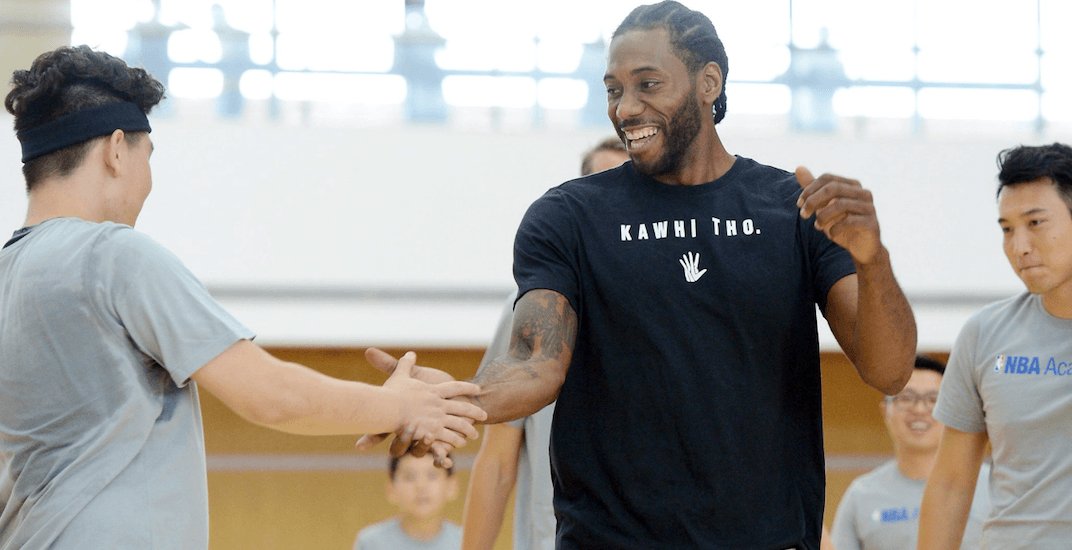 The Toronto Raptors are taking a gamble.

Raptors’ president Masai Ujiri dealt the face of the franchise, DeMar DeRozan, in return for what’s likely a one-year rental in Kawhi Leonard.

Leonard wanted out of San Antonio, a situation that turned toxic after conflict in regards to a quad injury. He wanted out, and stated his desire to go to Los Angeles.

Instead, it was the Raptors who acquired a player that Ujiri calls a top-five player in the NBA.

Let’s pose the $23 million question: is it worth it if Leonard walks away next off-season? The answer is yes, because at some point, you have to take your shot.

“That’s why we play sports, is to compete for championships,” Ujiri said at Friday’s press conference.

And with DeRozan remaining as the team’s best player, that wasn’t going to happen.

Ujiri dealt a flawed All-Star, one who can be a defensive liability, lacks a consistent perimeter shot, is on a mega-contract for the next two years, and in line for another large deal after that.

DeMar will get his jersey retired, he did plenty for the city but don’t forget. . .

Raptors were never winning with DeRozan at the helm.

Through five seasons with DeRozan at the head of their success, the organization advanced past the second round only once (2016), with two first-round exits, and three series losses via sweep. Not to mention playing poorly in postseason.

It was clear that a team led by Lowry and DeRozan would only result in mediocrity.

Masai says this is the risk you have to take to get a player of this caliber. "No chance" to get a talent like that otherwise.

With the Western Conference heavily laden with stars, and the East’s powerhouses of Boston and Philly improving with great young players, the Raptors would’ve been sending a loud message to the league–they’re okay with being… just okay.

The bold, risky move for Kawhi instead yells a different sentiment, that while the Raptors organization has reached new heights, they don’t want to settle.

Even if the length of success is shorter, the amount they’ll have accomplished, potentially, with this deal, is a lot more than they could have with DeRozan.

A trade for Kawhi gives the franchise its best chance to reach and taste the NBA Finals, versus, had they kept DeRozan, they’d be winning around 50 games for the next few years, with the same result in the post-season–another early exit.

After one season, dependant upon the success, the city, the country, and the organization might be able to do enough to convince Leonard to stay, a la Paul George in Oklahoma City.

Maintaining the young core and flexibility

If Kawhi is still unconvinced about being in Toronto long term, the Raptors can deal him by the trade deadline, stockpiling future assets by receiving young players and draft picks. Other teams that are looking to bolster their roster for a deep playoff run will become trading options, and will be able to offer a variety of intriguing packages.

Toronto will have a number of available methods to build a contending team immediately after the Lowry era, even if Kawhi leaves in free agency.

They’ve shed the final two guaranteed years of DeRozan’s contract, avoiding a decision of having to re-sign him to another mega-contract in his 30s, saving up to $30 million in cap space.

The Raptors’ good young core is still in tact, and by the summer of 2020 they will have cap room for two max contracts. Some notable free agents in 2020 are: Kevin Durant, Kevin Love, Kyrie Irving, Jimmy Butler, and Draymond Green.

This also opens the opportunity for Ujiri who has been rumoured to target Giannis Antetokounmpo in 2021.