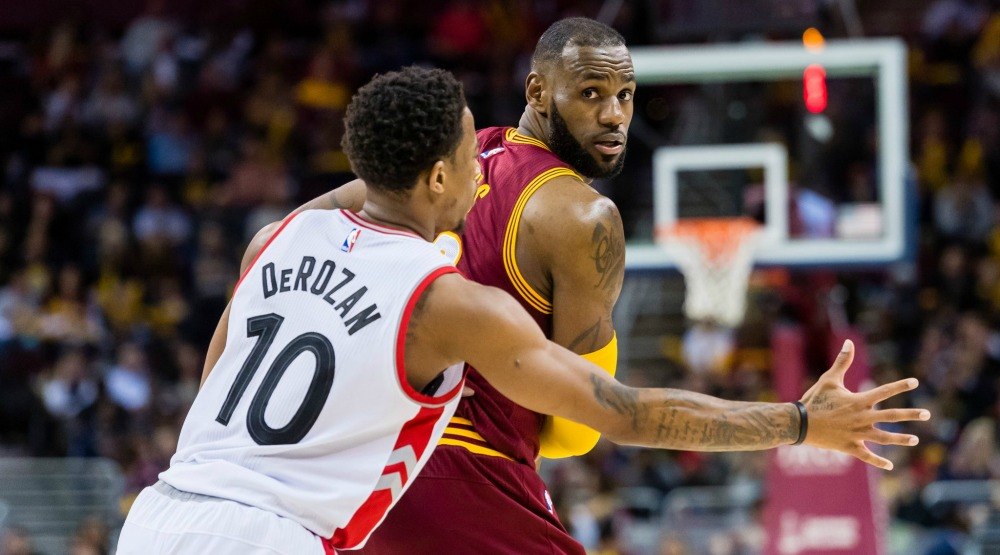 The Raptors have a huge playoff rematch ahead of them.

Toronto’s second round playoff schedule has been announced and the match-up features a familiar foe, the Cleveland Cavaliers.

Cleveland will host the series opener on Monday, while the first game at Toronto’s Air Canada Centre is on Friday, May 5th.

After defeating the Milwaukee Bucks in six games, the Raptors will engage in a playoff rematch with the Cavaliers. Last year’s Eastern Conference Finals saw Cleveland bounce Toronto in six games.

The BEST from @DeMar_DeRozan (23.5ppg, 5.5rpg) for the @Raptors in round 1 of the #NBAPlayoffs! #WeTheNorth pic.twitter.com/SHnxS3TM1u

During the season the Raptors struggled to beat the Cavaliers, managing to win just one game out of the four game regular season series.

The second seed Cavaliers easily swept the Indiana Pacers in the first round.