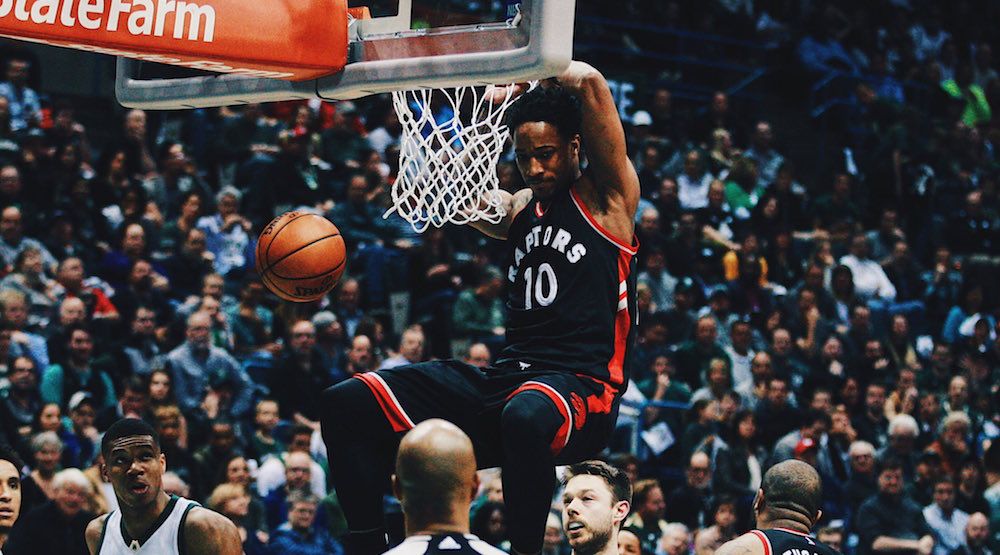 Nobody said it was going to be easy.

The Milwaukee Bucks gave the Toronto Raptors all they could handle in Round 1. Full credit to an up-and-coming team, who gave the Raptors a real scare once again in Game 6.

Despite blowing a 25-point lead, the Raptors will indeed move on to the second round after a thrilling 92-89 road win in Milwaukee.

DeMar DeRozan led the way for Toronto, scoring 32 points, while Kyle Lowry had 13 of his own. Serge Ibaka added seven points to go with 11 rebounds.

Giannis Antetokounmpo (who else?) led the Bucks once again, with 34 points, nine rebounds, and three assists.

When the Bucks won Game 3 in a blowout to take a 2-1 series lead, it looked like the wheels were coming off the more experienced Raptors. The popular upset pick from Milwaukee looked to be in full control, but as it turned out, that was precisely the moment when the series turned.

Toronto began playing more of a team game, getting more players involved in their offence, and that was once again the story on Thursday night.

For the #Raptors to be victorious, they'll need to swing the ball around pic.twitter.com/fBaI0WifUt

After holding a four-point advantage after the first quarter, Toronto began stretching their lead before half time. A 51-38 lead after 24 minutes was on the back of nine different point producers, compared to just five from Milwaukee.

But Toronto really began taking control in the second half.

Moving the ball around, taking advantage of what Milwaukee was giving them, the Raptors had a 25-point lead midway through the third quarter.

Back came the young Bucks, undeterred by the big lead, clawing their way back, and trailing by just 13 before the end of the quarter. And in the fourth quarter they kept coming.

With Toronto struggling to generate offence, Milwaukee was feeling it. They eventually tied the game, and then took the lead with under three minutes to play.

But that’s precisely when Toronto’s experience shined through.

Not long after that, with Matthew Dellavedova chirping him, DeRozan threw down a thunderous dunk, giving Toronto a five-point advantage.

It was a lead they would never relinquish.

The Raptors appear to like doing things the hard way, and that’s great, because it’s about to get a hell of a lot more difficult.

Toronto will face LeBron James and the Cleveland Cavaliers, a rematch of last year’s Conference Final, in the second round.