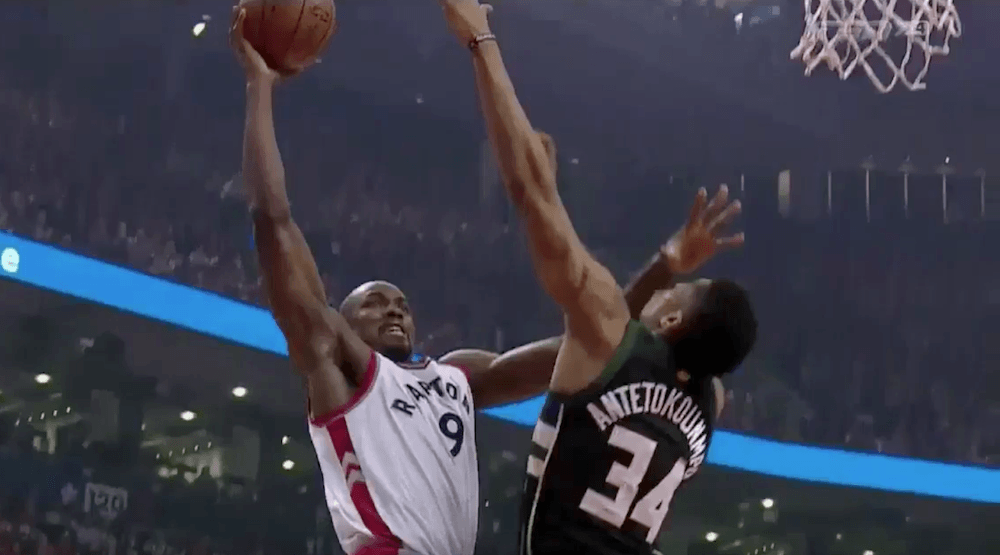 Heading into Game 5, with the series levelled, the pressure was on Toronto’s big guns.

#Raptors DeMar DeRozan is averaging 27.5 PPG in his last 11 playoff games at home.

Instead? It was the Raptors’ depth scorers that got the job done on Monday, leading them to a 118-93 win to take a 3-2 series lead.

And really, that’s the key for a deep run by the Raptors this year. As good as DeMar DeRozan and Kyle Lowry are, and can be, this team needs contributions from everyone to get past LeBron James and the defending champs in Round 2.

But first things first, Toronto needs to get past Milwaukee, and that’s not a foregone conclusion.

Everything went right for Toronto in Game 5. Playing in front of their home fans at the Air Canada Centre, the Raptors fed off the energy of the crowd early.

A balanced attack helped the Raptors to a 15-point lead at one point, and a 31-20 advantage after the opening 12 minutes.

Here was the point distribution after the opening quarter:

Lowry, who missed the morning shoot-around due to back stiffness, scored 12 points in the second quarter.

The Raptors led 57-48 at half time and pulled away again in the third quarter, taking a 90-73 lead into the fourth quarter. At that point, Toronto was in cruise control.

Powell, who started just 18 games this season, was in the starting lineup for the second straight playoff game. He responded by leading his team in scoring with 25 points.

Giannis Antetokounmpo was excellent for Milwaukee again, scoring 30 points and adding nine rebounds, but it wasn’t nearly enough on this night.

The Raptors will have a chance to close out the series in Game 6, which goes Thursday in Milwaukee.