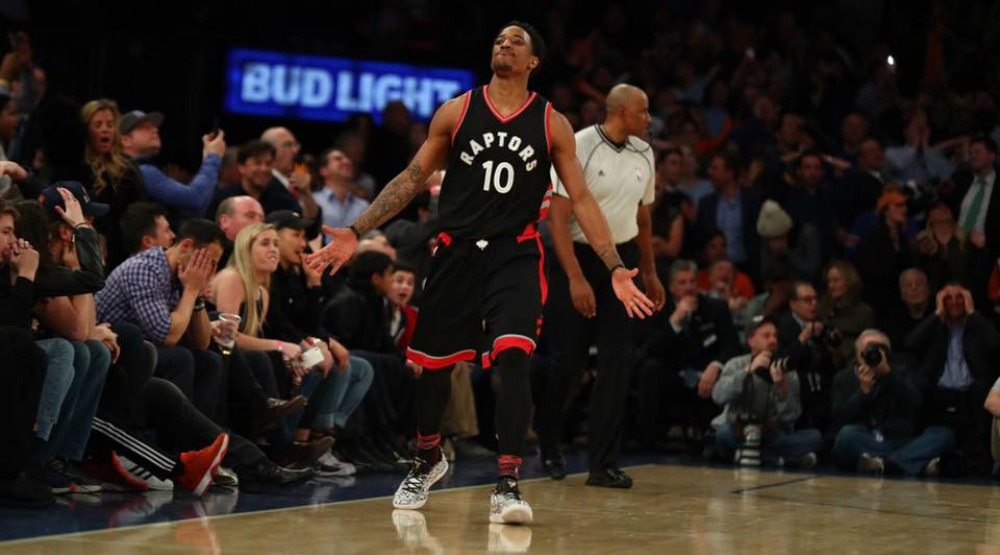 The Trump SoHo hotel in New York City used to be a favourite for visiting NBA teams.

It’s easy to understand why. A lavish hotel fit for millionaire athletes, the players loved staying there when in town to play the New York Knicks or Brooklyn Nets.

Not sure if you’ve been following US politics over the last couple of years, but… Things have changed.

The Toronto Raptors are among a number of pro sports franchises that have recently said no to Trump, and are taking their business elsewhere.

According to a report from the Washington Post, at least 12 NBA teams had stayed at Trump’s Manhattan hotel since it opened in 2010.

At least 17 teams across the NBA, NHL, NFL, and MLB stayed at Trump properties across North America in recent years, with at least 16 of them no longer frequenting his establishments.

Every other major pro sports team in Canada answered the Washington Post’s question ‘Does your team stay at Trump hotels?” with no response, no comment, or no.

The US president has been in the middle of a public feud with the NFL and NBA in recent weeks. He criticized NFL players for peacefully protesting during the national anthem before games, and rescinded an offer for the NBA’s Golden State Warriors to come to the White House after some players said they would refuse the invitation.