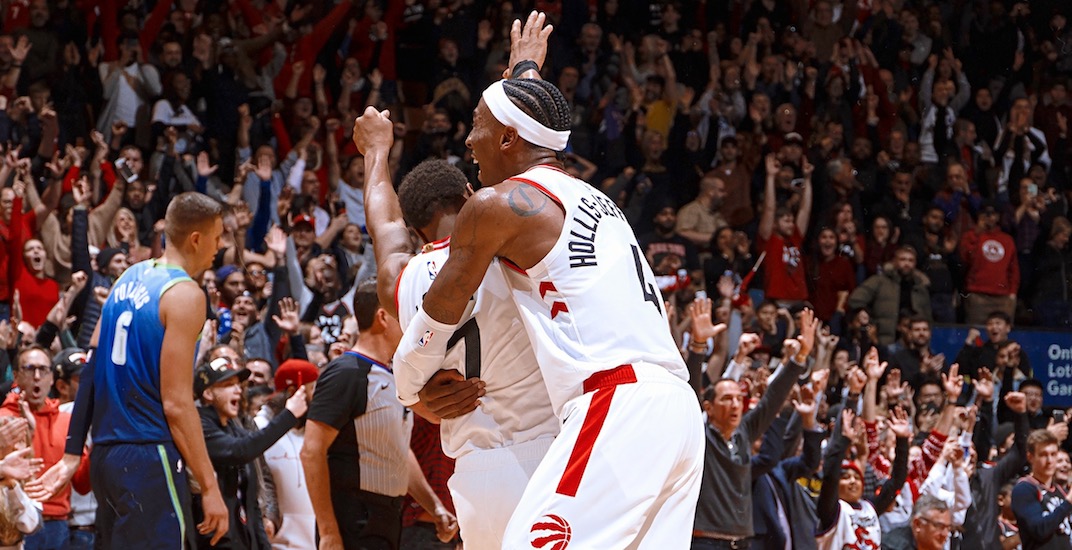 The Toronto Raptors showed the heart of a champion on Sunday.

Down by 30 points against the Dallas Mavericks with 2:32 left in the third quarter, the Raptors staged the largest comeback in franchise history to win the game 110-107.

They stormed back, scoring 47 fourth-quarter points despite injuries to important players, including Pascal Siakam, Marc Gasol, and Norman Powell.

With key players out of the lineup, other Raptors stepped up offensively.

Boucher’s night included this impressive dunk to put the Raptors ahead with 25.8 seconds left:

“We’ve always been a team that fights,” head coach Nick Nurse told reporters after the game. “In my time here, we hardly ever mail it in. That’s a good characteristic to have.”

Prior to Sunday’s game, the largest comeback in Raptors history was 25 points, which took place more than nine years ago.

According to Sportsnet Stats, the Raptors had just a 0.3% chance to win when they were down 30 points near the end of the third quarter.

When the score was 85-55 near the end of the 3rd, Mavericks had a 99.7% win probability over the Raptors

The rally was impressive from a league-wide perspective too. The 30-point comeback was the first since the Sacramento Kings beat the Chicago Bulls on December 21, 2009.