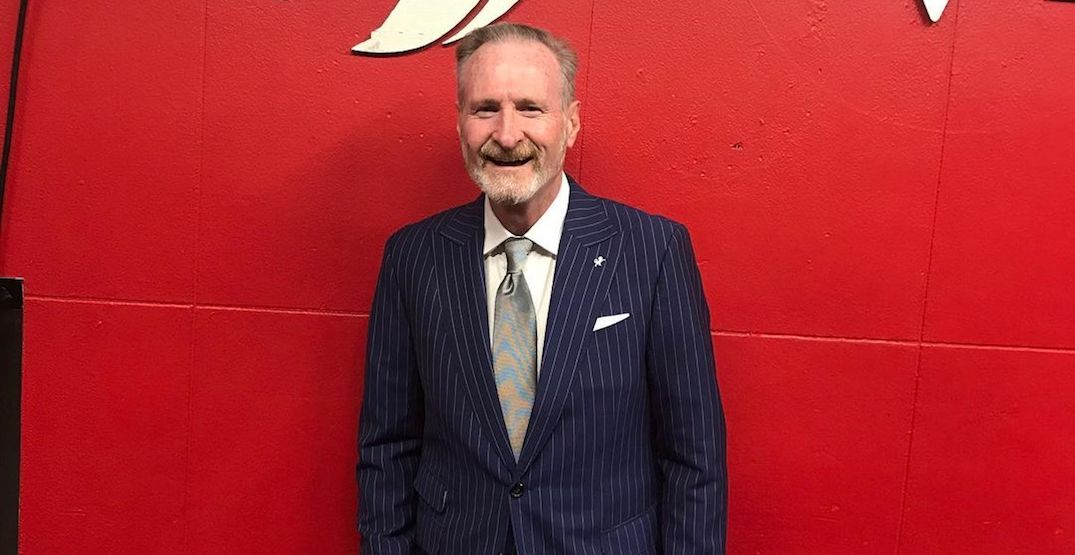 Toronto Raptors announcer Jack Armstrong has been known for two iconic catchphrases throughout his career: “Hello!” and “Get that garbage out of here!”

Video of the slip-up is below, via the Toronto Star’s Libaan Osman, where Armstrong tried to make a reference to the 2004 Will Ferrell movie Anchorman: The Legend of Ron Burgundy.

Matt Devlin got the most hilarious laughing ever pic.twitter.com/X1jbe82C9y

“We’re news people now… I’ve gotta make sure I’m providing accurate, concise information. I felt like a TV anchorman for a while there,” Armstrong said about informing fans about the fire.

An unfortunate goof for Jack Armstrong, but at least his Raptors got the 131-91 W.

Toronto is back in action tomorrow night against the Celtics, when they host them at Scotiabank Arena at 7:30 pm ET/ 4:30 pm PT.