Modelled after the show of the same name created in Toronto, Rapp Battlez Wezt Coazt is a night of high-stakes hilarity in a rap battle format performed by local comedians. Each battle features two comedians going head to head by throwing down rhymes they’ve conceived while portraying a particular character, whether it be a celebrity or an original character. For example, Tom Hanks from Castaway versus Tom Hanks from Big. The audience decides who wins by cheer.

The Fox Cabaret was buzzing with anticipation and the place was packed. The atmosphere of the Fox Cabaret suited the atmosphere of the show much better than its previous host, Little Mountain Gallery. This monthly show always sells out and 20 minutes before it begins, people were already being turned away at the door. The hosts Taz VanRassel and Ryan Beil, two Vancouver comedians, run up on stage and the evening begins.

Taz and Ryan introduce the format of the show to the audience as “high-concept comedy” and that over the course of the evening, we’ll “delve deeper into the weirdness” – which is a perfect explanation of what follows. Ryan explains that voting is arbitrary and “doesn’t really mean anything”.

First up to battle is Don Pardo versus ‘Prawn’ Pardo. Both characters come out in ridiculous costumes. Each have two one-minute sets to throw down their rhymes. After a ruthless battle, ‘Prawn Pardo’ is crowned the king of the battle.

Most of the rhymes are satirical but sometimes they are downright politically incorrect. You never know what you’re going to get as the raps can turn pretty quickly without any notice. If you’re looking for an evening of clean entertainment, this show most definitely isn’t for you. 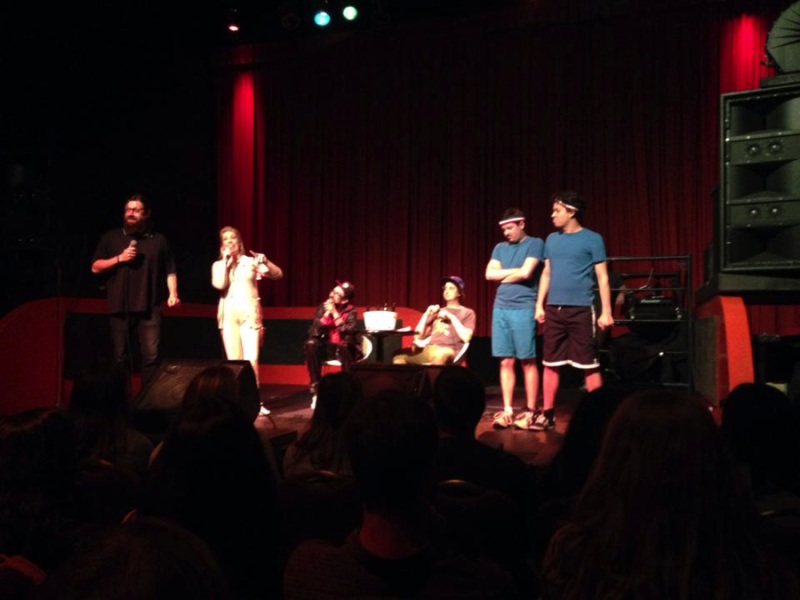 The costumes of the rappers range from so incorrect that it’s perfect to others that are so perfect it almost takes away from the rap itself. A perfect balance of this is the battle between Cleopatra (Emmett Hall) and Helen of Troy (Jayden Pfeifer). Cleopatra’s hair is fashioned out of a black t-shirt while Helen of Troy’s dress is a skillfully draped beige sheet. Their battle is easily the best of the evening, full of historically accurate references turned on their head to become relevant and hilarious insults. Cleopatra wins with the line “When it comes to the Trojan War, most people just remember the horse” and proceeds to drop the mic.

Another memorable line is made by Cameron MacLeod as a ‘Real Plant’ versus Tom Hill as a ‘Fake Plant’. Cameron’s standout rhyme being: “I make energy from space fire, it’s called photosynthesis”.

The raps are soaked in pop culture references. Some fly by without landing quite right and others send the audience into frenzy. The execution of the rap is paramount and without background music, this can sometimes be a bit of a challenge for the rappers. It’s easy to tell when a rapper isn’t confident. While it can be endearing to see a contestant in a suit jacket much too big for her chewing on her lips as she forgets her lines, the audience can quickly turn on them. 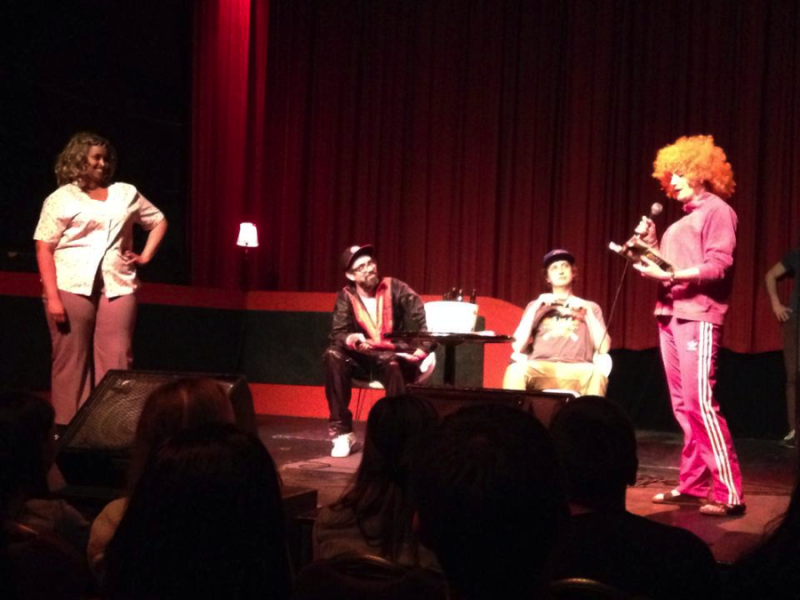 While it’s more than understandable to forget lines, the audience quickly loses interest and the battle is pretty much over. Sometimes they’re able to regain their footing. It’s more frequently, however, a swift downward spiral, and the audience is rather unforgiving. While most of the rappers have their lines memorized (or at least attempt to), some blatantly create their costumes to hide their rhymes. It’s distracting and makes it immediately obvious to the audience who the winner will be.

Another issue is when the comedians get a little carried away and overcompensate for their jokes falling flat. In one particular case, a rapper threw a soccer ball right at the face of an audience member. Needless to say, it didn’t go over well.

Easily the best part of the evening is watching the hosts, Ryan and Taz, react to the rappers. They make sideline commentary as the battle goes on and it’s their witty, spontaneous interjections and facial expressions that steal the show.

The combination of comedy and rapping makes for an evening of fresh, highly engaging entertainment. You can catch Rapp Battlez Wezt Coazt every third Saturday of the month at the Fox Cabaret. $10 tickets at the door or online.