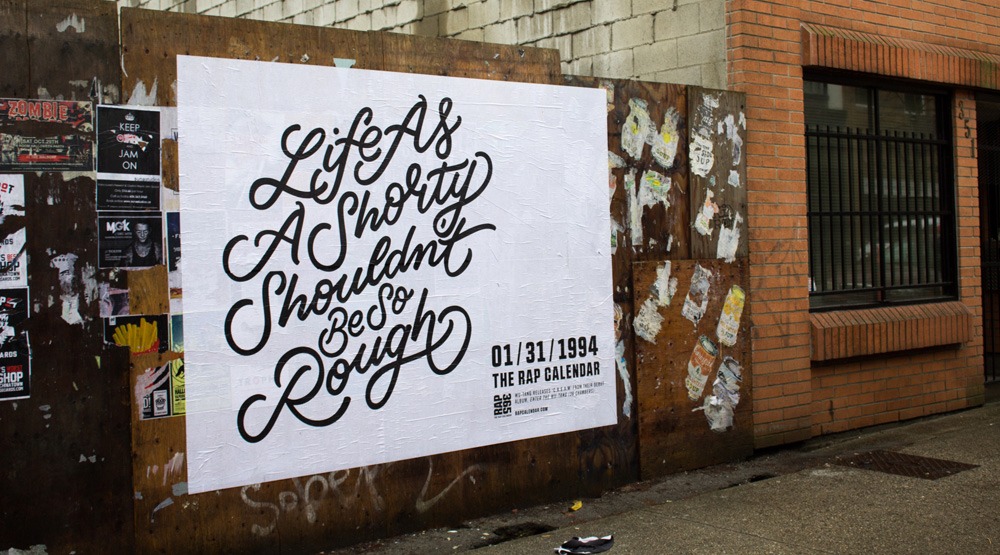 Rap music has one of the richest histories and some of the most passionate fans in the world. Don’t even try to start an argument with a hip hop head over the genius of Kanye West or whether J. Cole is in fact a good or bad rapper without all the facts unless you want to lose.

Looking for a way to pay homage to rap music every day of the year, local artists Mega McGrath from Street Script and Lauren Coutts from Kicksmas Cards teamed up to create RAP365: The 2017 Rap Calendar. Stacked with custom illustrations by the two artists including daily facts and iconic dates from the history of rap music, the calendar brings new life to the genre. 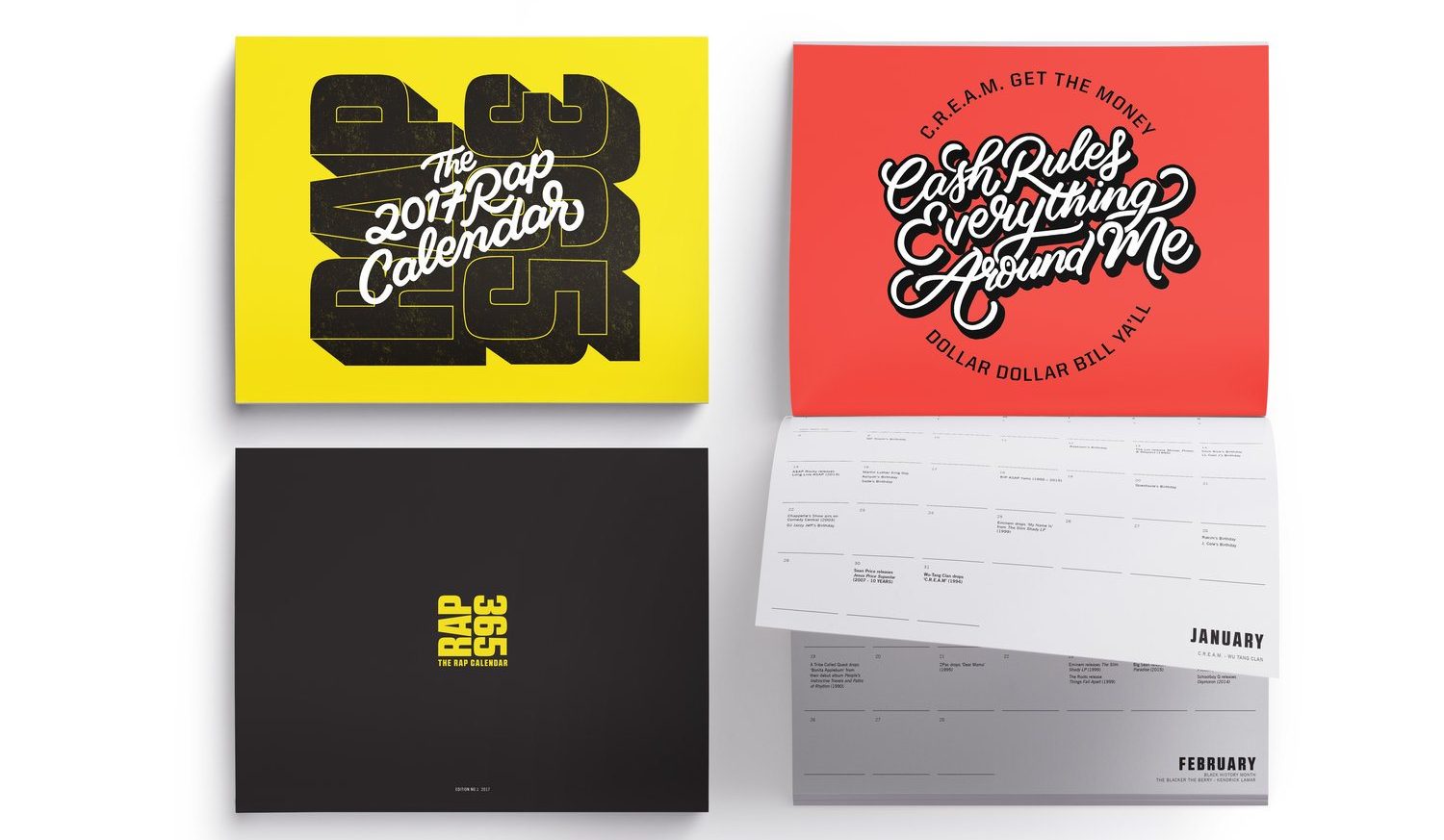 “One of my friends actually suggested [that I make a calendar] in passing and I kinda wrote it off as a joke,” explains McGrath about her inspiration behind the ambitious project. “I tend to take jokes (and things in general) a little too far, and while this calendar started out as a small project, it has basically become a full on publication now. I brought in Lauren because I realized how much work it was going to be, and also because she is my favourite designer in Vancouver. I just wanted to provide people with a way to feel connected to such an amazing culture.”

Grab a RAP 365: The 2017 Rap Calendar at their launch party on Friday, January 20 at Fortune Sound Club or order it in their online store. 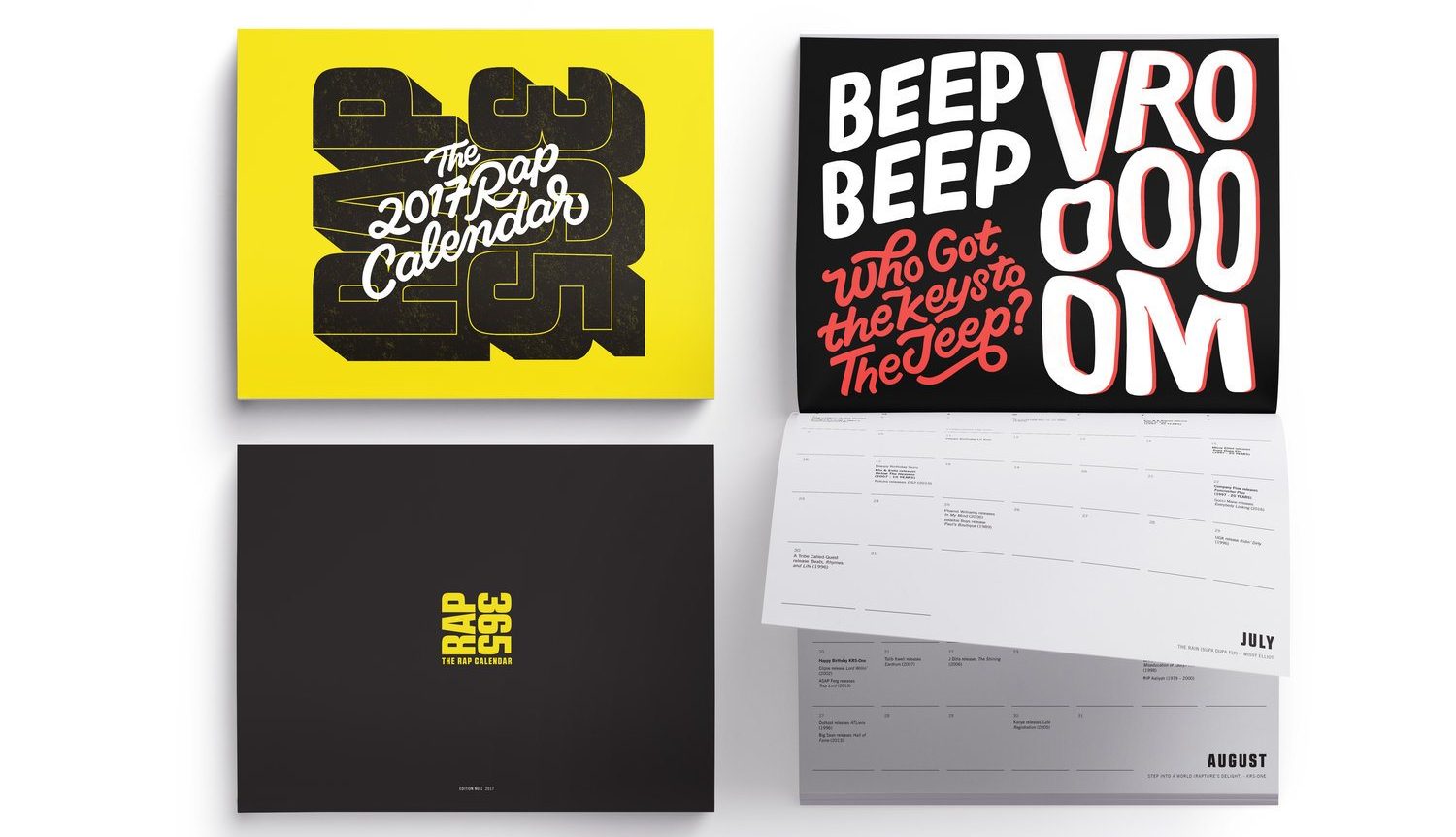