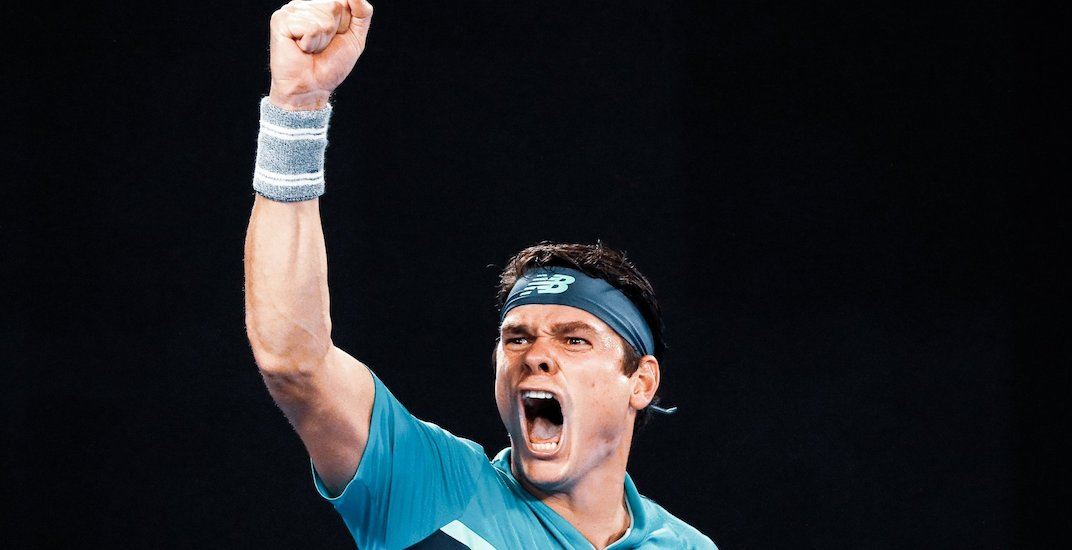 The serves were impressive, but it was the return game that did the real damage.

Milos Raonic beat fourth-seeded Alexander Zverev on Monday to reach the Australian Open quarter-finals for the third time in his career.

In a one-sided match whichever way you look at it, the most stunning statistic would be that Raonic managed to break Zverev a total of eight times.

Zverev has been touted by many as the next great tennis player, and someone who may be able to dethrone the current dominant trio in the sport – Roger Federer, Rafael Nadal, and Novak Djokovic. Meanwhile, Raonic has been fighting through various injuries the past two years, and he hasn’t been able to reproduce the form that saw him reach the Wimbledon final in 2016.

Since that one Grand Slam final appearance, which pushed him to a career-high ranking of No. 3 in the world, Raonic fell to 24th in 2018.

The Canadian is back, though. Healthy again and with new coach Goran Ivanisevic in his box, he’s already climbed to 17th in the world rankings. He’ll continue that climb after this year’s Australian Open.

Zverev looked dangerous only two times over the course of the match. In the very first game, he broke Raonic’s serve, neutralizing the Canadian’s biggest weapon and making it look as if it may not be Raonic’s day.

But Raonic broke back immediately, proceeding to win the next six straight games to take the first set.

The second set was a complete disaster for Zverev as he was broken in the first game and things went further downhill from there. Immediately after being broken for the second time in the set, looking at a 1-3 score, Zverev smashed his racquet into smithereens during the changeover.

And yes Serena fans, he did receive a code violation for his transgression.

Following the second set, Zverev took a bathroom break to regroup and get his head back into the match. He did that, finding his serve and managing to push the third set to a tiebreaker.

There, Raonic did what he had done all match – he served well, and when forced to rally, he put the ball back in play and waited for Zverev to either make a mistake or to provide an opening so he could hit an easy winner.

Raonic will play either 11th seed Borna Coric or 28th seed Lucas Pouille on Wednesday for a chance at his second semi-final in Melbourne.

The match will take place on Tuesday evening in Canada.