Cookbook author and mom, Dreena Burton, had been a vegan for 20 years. She became a vegan before she had kids, but is now raising three small vegans (12, 8 and 3). 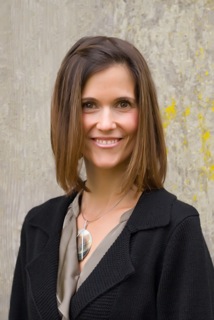 How did you become a Vegan?

It was slow and gradual. I didn’t see a film or read a book and overnight become vegan. I gave up meat and chicken, and then fish, but dairy was the hardest thing – to believe that we could live healthy without it. It was the final frontier. But when I did, I felt remarkably better. My husband, then fiance, did it with me and we just continued to read and educate ourselves, and, when we had children, we armed ourselves with more information. It’s one thing doing it for yourself, but it’s another being responsible for another person. It’s so overwhelming to be responsible for another person’s safety and well being!

Do you ever take any flak for choosing to raise your kids vegan?

I think it’s funny that we feel like we’re “forcing” our ideas about eating on our children when they’re young. That’s our job – to make decisions for them. We make all kinds of decisions about their well-being: political, religious, encouraging them to play certain sports. Later in life, they may choose to do differently and that’s our job as parents to accept that, but, as parents, it’s our job to bring them up with the best information possible. They will shape and inform their own beliefs later on.

For me, I’m trying to really help our children learn how to eat healthy and have healthy eating habits. Diet is a habit! I did not have healthy eating habits growing up and I wanted something different for my kids. I see, now, how they really understand what healthy food is and what it takes to prepare a meal. When you start with fresh, whole ingredients – how they feel when they eat good food, and how they feel when they eat junky food.

We do our best as parents, but we always are raising our kids in the paradigm of what we believe ourselves. I’ve said to our girls “when you’re older, you can choose to do what you want,” but they really love eating vegan.

How did you become a cookbook author?

I did a marketing degree, a business degree and writing cookbooks was not on my list of things to do when I graduated from university! I was always interested in healthy eating, but I wasn’t the kind of kid that grew up by my mother’s side in the kitchen. When I started cooking on my own, I really enjoyed it. I had started writing my own recipes, because, when I became vegan, there were only about two cookbooks on the market. My husband’s father had a heart attack, and it was recommended to him to change his diet to a plant-based diet. They became vegan overnight, and came to me for help. I started to put recipes on paper, and got a publisher when I moved out west. It all went from there…

I released the first cookbook, and then I had our first daughter. I realized I needed to learn more about whole foods and what to feed kids, and baby foods. It’s not a kid’s book, but it has an entire section on introducing foods. Eat, Drink and Be Vegan was published  after my second child, and Let them Eat Vegan after my third. It features lots of family-friendly tips.

What are your top 10 pantry items?

Win a copy of Dreena’s latest book, Let Them Eat Vegan, by telling us in the comments below what your favorite vegan dish is!