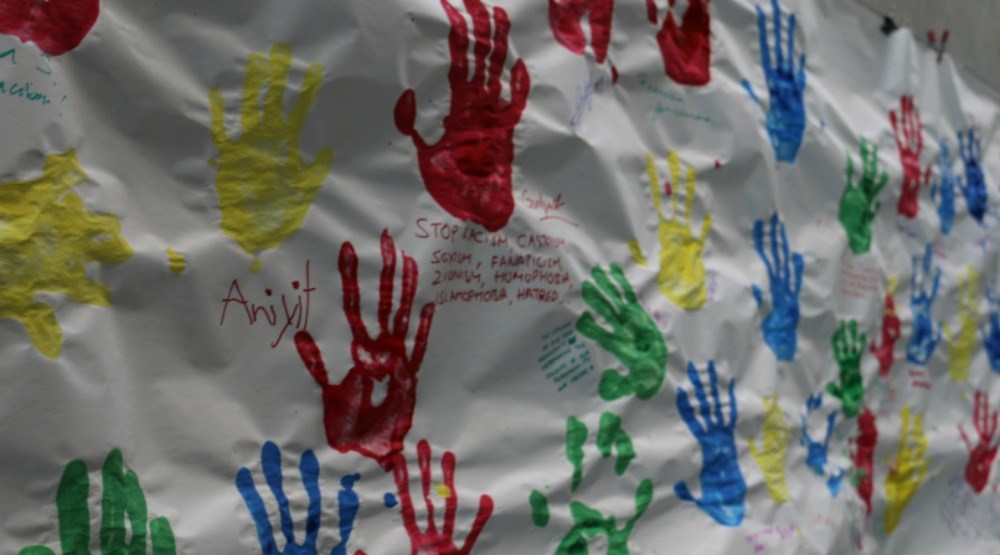 Raise Your Hands Against Racism is a campaign that aims to encourage Canadians to take a stand against racial injustice.

Spice Radio – Vancouver’s South Asian radio station – and its partner Freshslice Pizza, launched the campaign because they were motivated by the message of unity. The campaign has entered its third year and the two of them want to emphasize more than ever that it’s important to engage in conversation and renew commitment to tolerance along with the respect for diversity.

This year, Holi has been integrated into the campaign – the traditional Hindu festival of colors that’s well known for its iconic imagery. Participants celebrate the coming of spring by cheerfully dousing one another with brightly coloured water and powder. However, many may be unaware of the festival’s deeper significance – the event fosters a message of brotherhood and unity for all participants, and brings together people from different religious communities in many parts of South Asia.

On March 11, join in on Holi at Raise Your Hands Against Racism’s one of four free events that will be held across the Lower Mainland, including a signature wrap-up event at the Roundhouse Community Arts and Recreation Centre. It will include speeches, cultural performances, and activities for the entire family. Everyone is invited to come and celebrate Holi, putting a colourful handprint on the event’s anti-racism tableau.