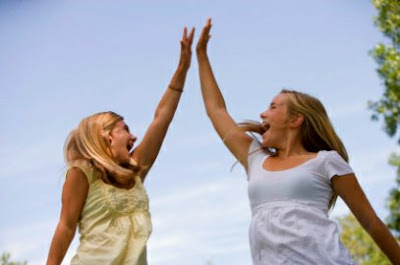 On August 27, beginning at 6:00 p.m., injured worker and Paralympic medalist Josh  Dueck begins a world record attempt to do the “most High Fives by any individual in 24 hours.” The record attempt will take place at Empire Field and the Pacific National Exhibition. Dueck’s record attempt is part of WorkSafe BC’s Raise Your Hand campaign — an annual initiative to increase young workers’ understanding of their safety rights and how to stay safe at work. So if you’re at the game, stand up and high five. You don’t want to be the one to deny the world record breaking attempt!
“This is more than a record attempt,” says Dueck, who will be raising his hand to High Five people attending the BC Lions game on August 27 and at the PNE until 5:59 p.m. on August 28. “It’s about making workplaces safer for everyone, but especially young workers. Life is full of choices. So, raise your hand and know your rights.”
Since becoming paralyzed from the waist down in a workplace accident at the age of 23, Dueck has become a world-champion para-alpine skier. He has won national and international competitions and recently won a silver medal at the2010 Paralympic Winter Games. As a member of the WorkSafeBC Paralympic Speaker program, Dueck has shared his experiences with youth across B.C. for the past several years.
“Josh makes an incredibly strong and lasting impact on his audiences who learn of the high price he paid for taking risks as a young worker; and of how a renewed focus on his abilities led to his achievements in sport and to new challenges like this world record attempt,” says Scott McCloy, WorkSafeBC director of communications.“We encourage everyone to come out to the PNE on August 27 and 28 to help us break this world record. Come out and raise a hand for Josh and help raise awareness of young worker safety.”
Since 2007, the Raise Your Hand campaign has been raising awareness about workplace safety to the province’s 350,000 young workers. In addition to RaiseYourHand.com and other social media tools, street teams travel to youth-oriented events, high schools, and universities around the province to spread the safety message.

Here are some young worker stats to consider: