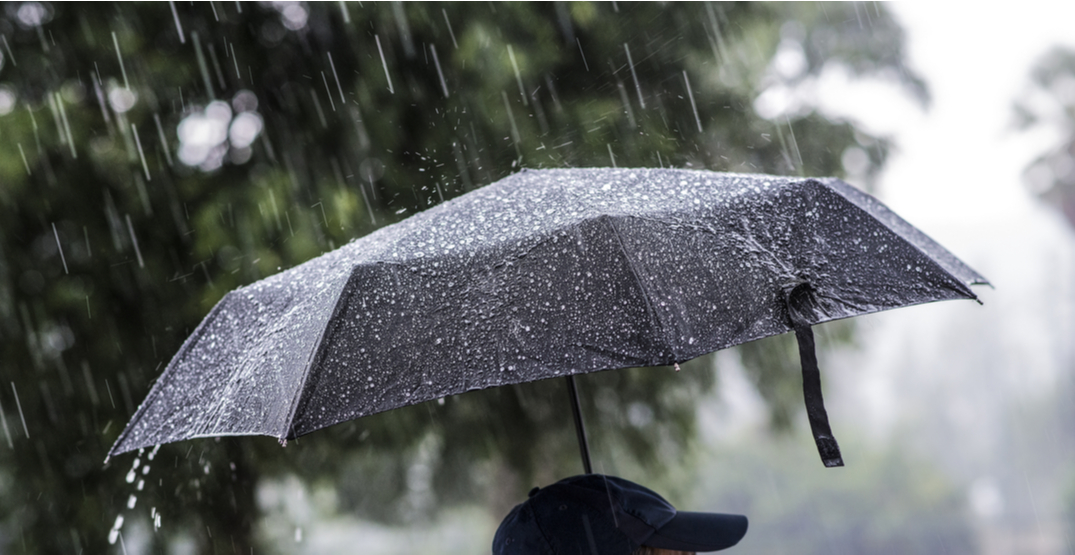 Environment Canada has issued a rainfall warning over parts of Metro Vancouver.

The weather bulletin is in effect for the following areas:

“Heavy rain is expected tonight and Tuesday for Howe Sound, the North Shore, and northeastern Metro Vancouver,” says the weather agency in a statement.

Between 50 and 60 mm of rain is expected to fall by Tuesday afternoon.

The precipitation is caused by a series of frontal systems arriving over the south coast of the province.

“Rain at times heavy will continue through Tuesday and will ease Tuesday night,” says Environment Canada.

Be sure to keep an umbrella handy!