Umbrellas have been quite unnecessary in recent weeks, except for one public art piece that has returned for its second consecutive year.

A few select trees at Spanish Banks have been decorated with red umbrellas, a citizen-spurred art piece better known as the ‘Rainblossom’ project

It made its first appearance at the same location in February 2014 when the city was experiencing real winter weather. A similar art piece also appeared on the trees at the corner of West Georgia and Howe streets in the weeks after. 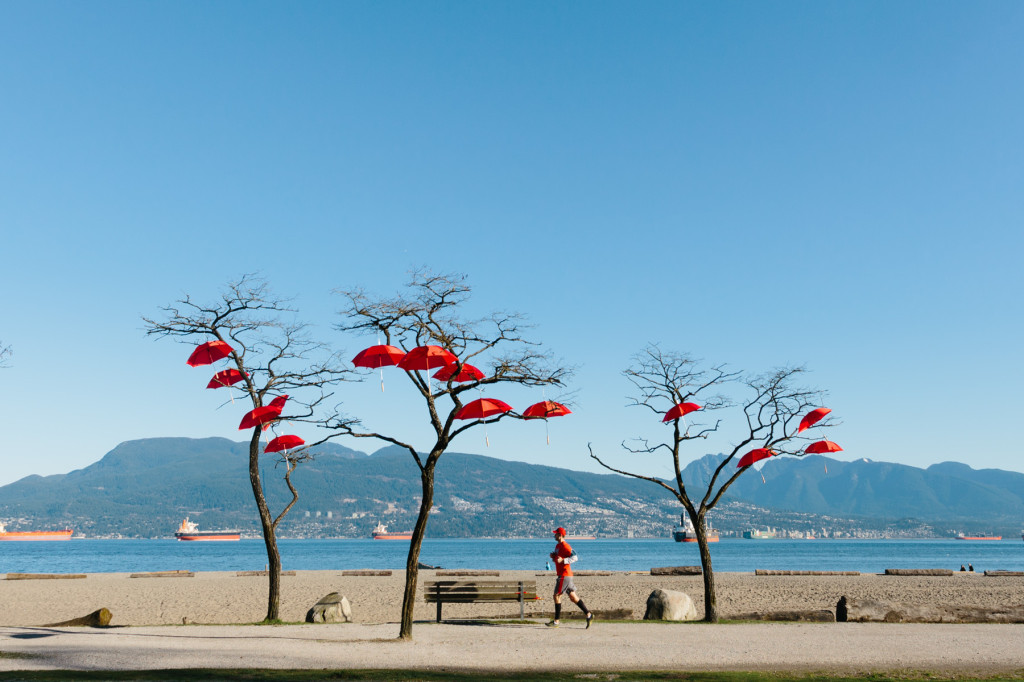