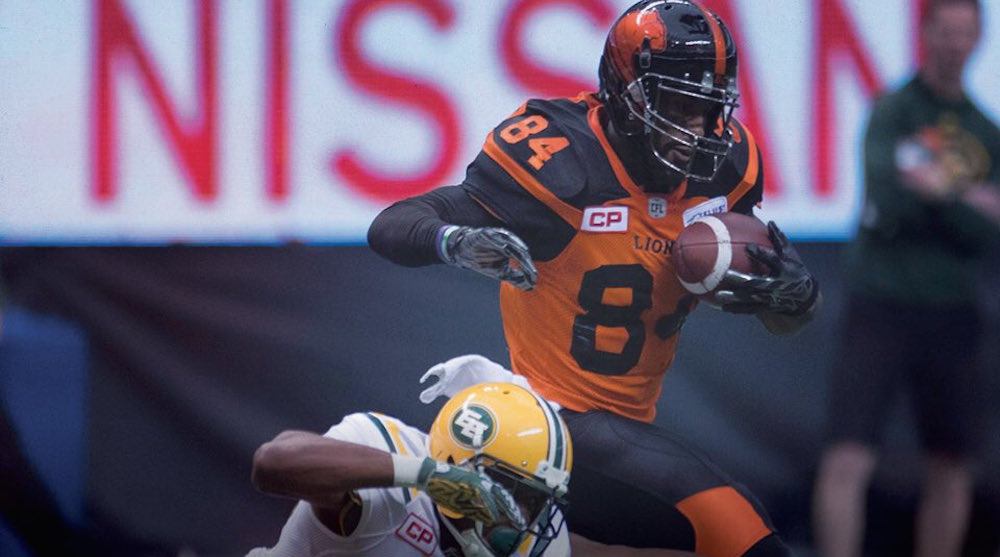 The BC Lions played a highly entertaining game at BC Place on Saturday, beating the Edmonton Eskimos 32-25 in front BC’s largest home crowd of the season.

There's a hockey game on. Why are the bc lions all over my timeline

I’m not someone who tells you that it’s somehow your duty to support the CFL. Watch it if you want, don’t if you don’t.

But if you didn’t on Saturday, you missed out.

Let’s get into the Quick-6:

With the win, the BC Lions climb back into a second place tie with the Winnipeg Blue Bombers in the West Division. They’ve each got just two games remaining, with Winnipeg holding the tiebreaker for the right to host a playoff game.

It’s looking likely that we’ll see a BC-Winnipeg West Division semi-final, with Edmonton crossing over to play in the East Division playoffs. The only way that BC could finish in fourth place is if they and Winnipeg lose their remaining two games, and Edmonton wins out.

What’s in doubt is who will get to host the West Division semi-final playoff game.

The first half was highlighted by a number of big plays from a pair of Lions receivers. Bryan Burnham, who is quickly becoming worth the price of admission on his own, and Emmanuel Arceneaux came up big for the Leos.

Burnham added another catch to the highlight reel in the first quarter, a 23-yard reception, which helped BC on a drive that ended in a Richie Leone 25-yard field goal.

The Lions scored their first touchdown of the game midway through the second quarter. Burnham drew a 25-yard pass interference call, which helped the 67-yard drive that was capped off with an Arceneaux touchdown catch.

The second touchdown of the game was also scored by Arceneaux, who jumped and reached around Eskimos DB Marcell Young on a 70-yard touchdown reception.

The receiving duo led the Lions tonight. Arceneaux finished the game with 132 yards receiving, while Burnham finished with 78.

Head coach Wally Buono stuck with Jeremiah Johnson at running back in this game, in favour of Anthony Allen, for a second straight game.

It doesn’t seem to matter who is in at tailback for the Lions, they get the job done.

Both players have been excellent for the Lions this year, despite the fact that one of them gets benched every single game. Johnson has appeared in nine games, while Allen has played seven times. Combined, they’ll likely finish with more total yards than the CFL’s rushing leader at the end of the year.

Tonight, Johnson was a monster, particularly early on. He finished the night with 108 yards on 17 carries.

Jonathan Jennings was excellent again for the Lions tonight. He completed 21 of 28 passes for 273 yards and two touchdown passes. He also ran one in himself from 20-yards out.

The big key for Jennings? He didn’t turn the ball over.

Jennings, still just 24 years-old in his first full season as a CFL starting quarterback, is maturing before our eyes. If he can be prolific like he was tonight, without turning the ball over, the Lions are indeed a serious threat to knock off Calgary in the playoffs and win a Grey Cup.

5. Are you not entertained?

The BC Lions are a good, young, entertaining team.

It’s too bad more people in Vancouver haven’t taken notice yet. But they will.

Saturday’s game is a huge step forward in that regard, as the Leos won an entertaining game in front of their largest home crowd of the season: 22,831. Tonight’s attendance beat the previous season high of 21,386, which came all the way back in BC’s home opener in June against the Calgary Stampeders.

Now if they could change their touchdown song from anything other than ‘Roar you Lions roar’ (my pet peave), I’ll be happy.

But that’s being nitpicky.

Tonight’s crowd was into it. They were loud, they were excitable.

Who knows what the contributing factors were, but if you ask me, 4 pm Saturday starts are perfect for this city.

Another random thing from tonight: they moved the drumline away from the end zone seats and onto the sidelines at the 30-yard line. They added to the atmosphere if you ask me a lot more from that spot if you ask me.

More good news for Lions attendance: their last home game is against the Saskatchewan Roughriders, who are traditionally a huge draw, despite the fact they’re a garbage team this season.

The Lions have two games remaining in the regular season before the playoffs begin. They’ll play a home and home with the Roughriders on October 29 and November 5.

The team they’re chasing, the Winnipeg Blue Bombers, have a home-and-home with the Ottawa RedBlacks.