One of Vancouver’s largest public plazas could be home to a new major restaurant with a sizeable outdoor patio space.

The City of Vancouver has issued a request for proposals (RFP) for an experienced operator to occupy an unused restaurant pavilion space on the site of the Queen Elizabeth Theatre’s plaza in downtown Vancouver.

The 2,832-square-foot indoor space has been vacant for over a decade and mainly used as a rental space by the City’s Civic Theatres department, which owns and operates both the Orpheum and the Queen Elizabeth Theatre. There is a small area of the theatre plaza, approximately 476 square feet in size, designated for an outdoor patio seating space.

According to the RFP, the successful proponent is required to pay Civic Theatres a minimum fixed annual lease of no less than $120,000 annually in addition to a set percentage of the restaurant’s food and beverage sales payable on a monthly basis.

The document also notes that the operator must collaborate and align its business model with the Civic Theatres vision.

“The Operator of the QET Restaurant shall have a unique market presence and cachet factor that reflects the urban Vancouver Arts & Entertainment community, [and] complements the iconic Civic Theatres brand,” reads the RFP.

There are stipulations that the restaurant be open year-round seven days per week for at least lunch and dinner, have post-show service for Queen Elizabeth Theatre and Vancouver Playhouse patrons, and have a liquor license.

The revival of the restaurant space could help activate the theatre’s plaza, which is otherwise highly underutilized throughout the year, by attracting more foot traffic to the area. For instance, new businesses and restaurants, such as Cactus Club Cafe and Tap & Barrel, have successfully livened up Jack Poole Plaza at the Vancouver Convention Centre.

The theatre plaza’s most significant usage in recent years has been its role as the site of the annual Vancouver Christmas Market since 2010. The daily seasonal market has rented the plaza each year from mid-November until Christmas Eve, with the vacant restaurant pavilion used as a space for a German Christmas ornament and decor store.

A representative with the City of Vancouver was unable to comment on the theatre plaza’s restaurant proposal given that the project is currently in an open bidding phase. The deadline for the submission of proposals is October 19.

Another restaurant on municipal property is planned for the eastern end of Harbour Green Park, just west of the Cactus Club Cafe pavilion and the Vancouver Convention Centre. The Vancouver Park Board is requiring an operator to build a pre-designed 6,400-square-foot, three-storey restaurant and pay a minimum $150,000 annual lease, plus a certain percentage of revenues. 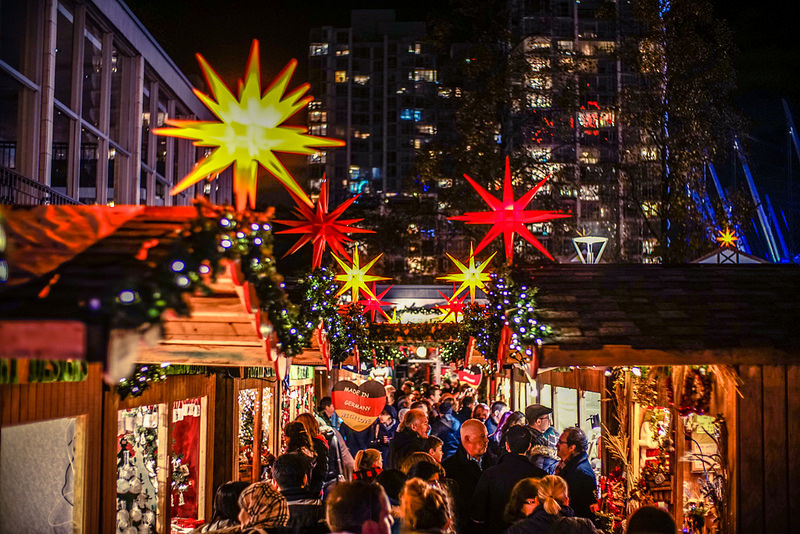 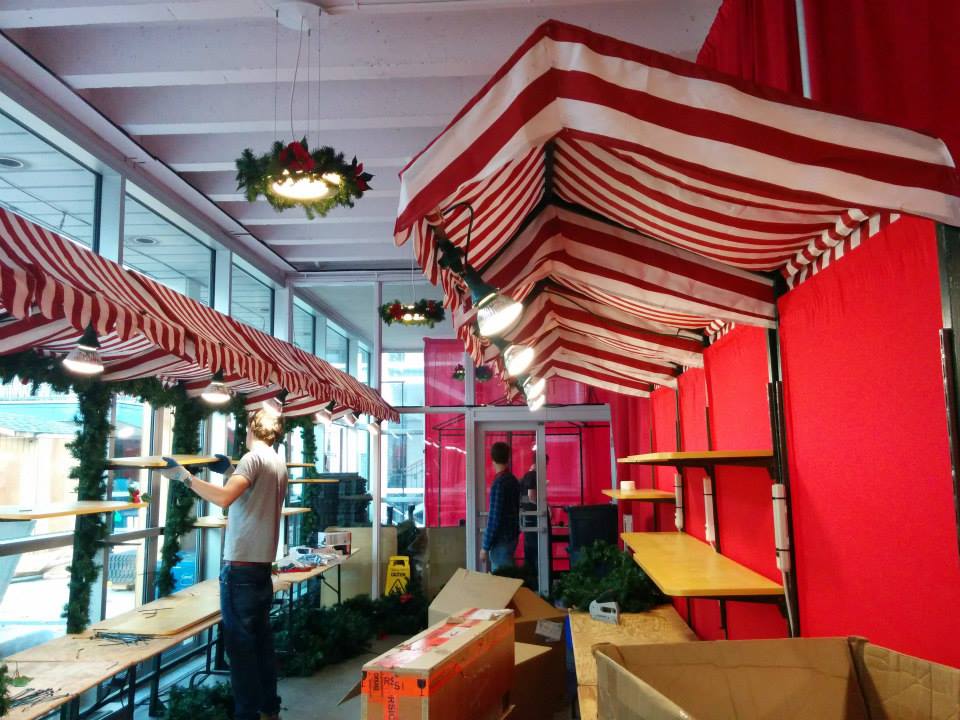