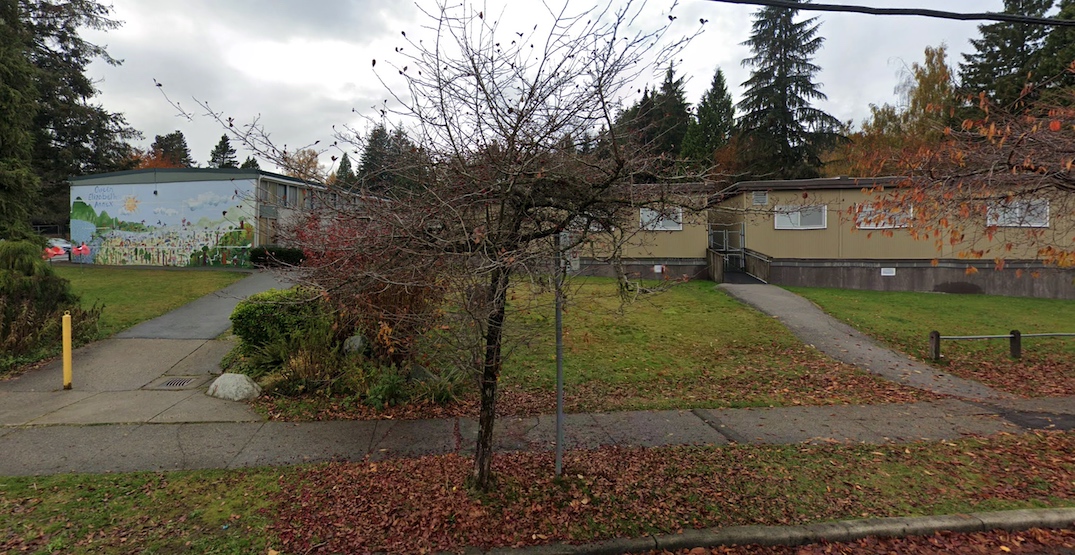 On Monday, the Vancouver School Board (VSB) trustees approved the closure of the elementary school at 4275 Crown Street, right on Vancouver’s westernmost border with Pacific Spirit Regional Park.

This public school provides French immersion programming to students in kindergarten to Grade 3. Currently, the school has a low enrolment of 71 students, which the VSB says has led to high operating costs of $11,288 per student — 40% greater than the provincial per student allocation of $7,885.

The decision follows a recommendation by VSB staff made early this year, and a public consultation on the closure.

Just came across a protest outside Vancouver School Board HQ against the planned closure of Queen Elizabeth School Annex, a French immersion school.

“School closures are difficult conversations and the decision to close the school was not made easily,” said VSB chair Janet Fraser in a statement.

“Recognizing there may be many questions from the impacted school communities, District staff will immediately begin to work with impacted students, families, and staff to support a successful transition ahead of the move in September 2023.”

VSB staff will now work on relocating the students starting in the 2023-2024 school year and communicate the decision to staff and families before the end of this month. VSB staff will make a recommendation to the trustees later this summer on the alternate uses of the property. 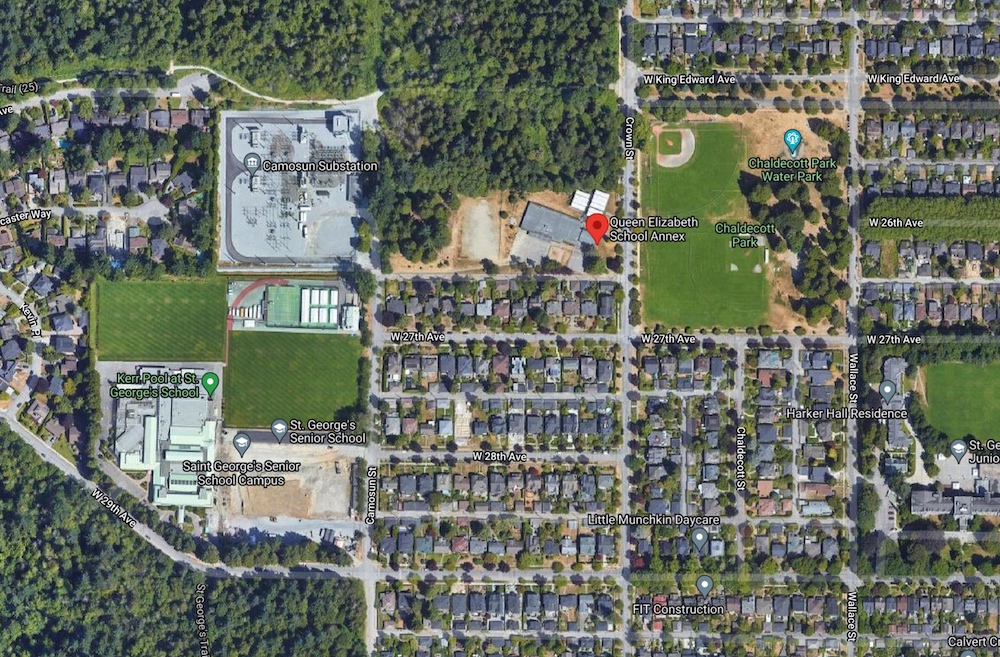 VSB states enrolment at the school has fallen by 8.4% over the past 10 years, and this trend is expected to continue.

Furthermore, the 1964-built school building — complete with six classrooms — has a high seismic rating, and an estimated deferred maintenance cost of $2.6 million.

The closure will save between $150,000 and $300,000 in operating costs annually, and it was previously suggested that existing students could be transferred to either Jules Quesnel Elementary or Queen Elizabeth Elementary.

VSB indicates there has been “serious interest” from Conseil scolaire francophone de la Colombie-Britannique, the French-language public school board in BC, to acquire the site through long-term lease or sale. This could provide significant revenue to support other capital projects, such as building a new school, or expanding and performing seismic upgrades on an existing school. The potential of using the school sale revenue to build the new elementary school at Olympic Village was specifically highlighted by VSB.