TransLink will be undertaking a pilot project to install bus driver barrier shields on a number of bus vehicles towards the end of this year.

The Pexiglass barriers, designed to protect drivers from violent assaults by unruly passengers, have been installed in buses on other public transit systems around the world.

“The barriers would provide another tool for the much needed protection of bus operators, along with the on-board security cameras, GPS radio system, emergency alarm buttons implemented by TransLink and in combination with the On-Duty Mobile App developed by Transit Police,” said a statement released by TransLink.

If the barriers prove to be feasible and efficient in protecting drivers from assaults, the fixtures could be installed on all 1,600 regional transit bus vehicles.

To date in 2014, 12 individuals have been convicted of assaulting bus operators, with Crown Counsel approving another 29 assaults which are now being processed through the court system.

In March, three young women received charges of assault after they were confronted by the female driver for their drinking and disruptive behaviour. They grabbed her hair while pulling her to the floor and began punching her.

The following month, a woman leapt out of her wheelchair, punched the Hastings route bus driver in the head and attempted to bite him. When other passengers tried to intervene, she stood up and took off on foot with her wheelchair. The driver did not permit her to board the bus as she was visibly agitated and verbally abusive.

In some instances, attacks on drivers begin with confrontations over the non-payment of a transit fare.

Coast Mountain Bus Company and union officials have advised drivers to refrain from confronting passengers over fare non-payment and to instead press the “unpaid fare” button on the onboard fare machines. In 2011, bus drivers pressed the button 2.5 million times. 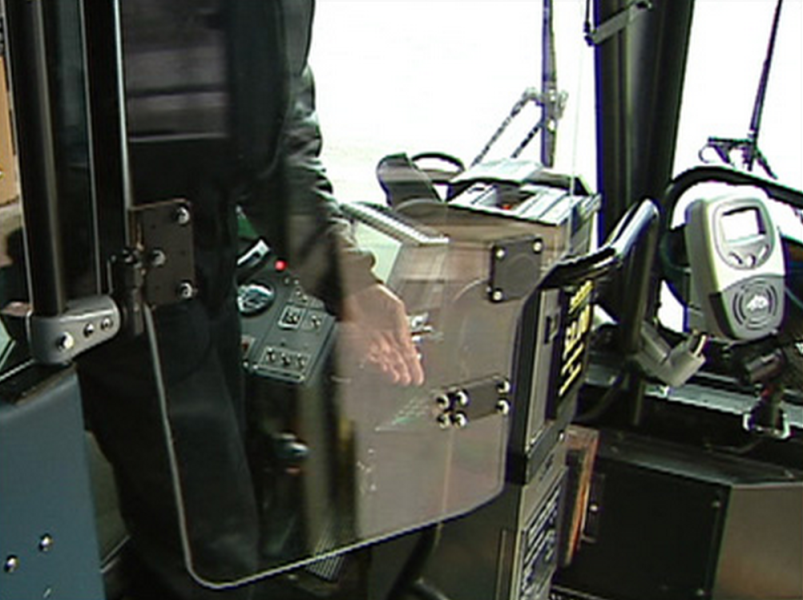