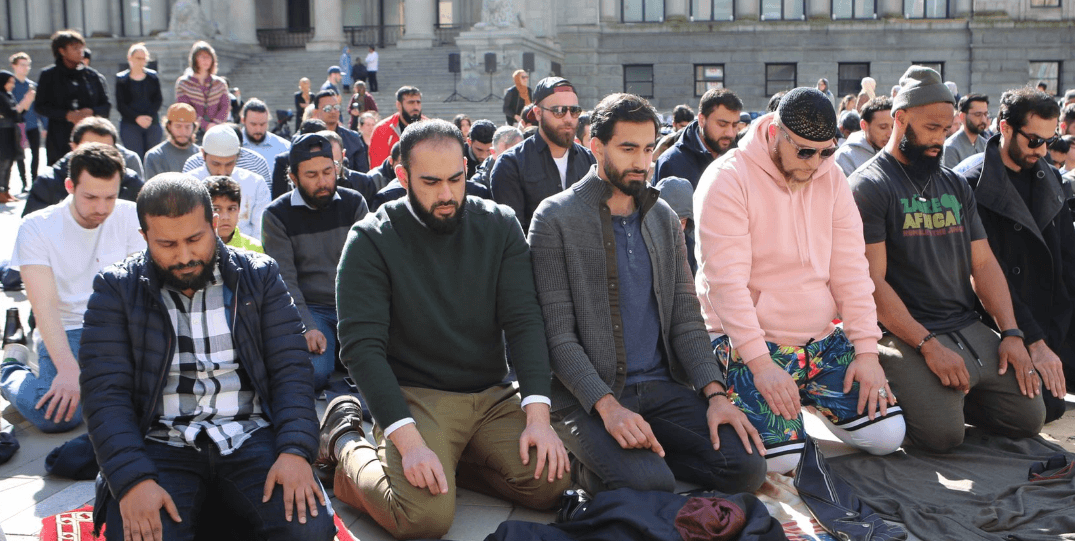 In the wake of the terrorist attack on two mosques in New Zealand that left 50 dead, people of all faiths banded together in Vancouver Sunday to take part in a public prayer ceremony supporting the local Muslim community.

Fifty prayer mats — one for each victim — were laid out on the north side of the Vancouver Art Gallery grounds as members of the Muslim faith held a gathering aimed at ending ignorance and overcoming fear through faith.

Hundreds of British Columbians attended, including Federal Defence Minister Harjit Sajjan, who spoke about the importance of diversity in Canadian society.

Speeches were held before the afternoon prayer, in which everyone — regardless of religion or faith — was invited to “stand up as one community” and “send a message to all those who hate.”

There was also an “Ask a Muslim” booth where people were encouraged to bring questions.

“The terror attack in New Zealand was rooted in fear and hate which stems out of ignorance — in this case ignorance about Islam and Muslims. The attackers wanted to instil their fear into others but we won’t let them succeed. We will stand up stronger and end ignorance through education and love.”

Today in Vancouver there was a public Muslim prayer held in the heart of downtown.

At the courtyard of the Vancouver Art Gallery.

It was truly a beautiful moment as people were able to practice their faith completely out in the open. pic.twitter.com/Zpnjr9gjhf

Attended the Peace Demonstration at Vancouver Art Gallery, in support of the local Muslim community. As New Zealander, I feel their pain of loss. There was an “Ask-A-Muslim” booth so I took the opportunity to ask some questions about their faith 1/#NewZealandMosqueAttacks pic.twitter.com/eraweCihLt

People are gathering at the steps of the Vancouver Art Gallery to show the strength of the Muslim community. This comes after the violent attacks on two New Zealand mosques where 50 people were killed. #Vancouver #NZMosqueShooting #Solidarity pic.twitter.com/K6qR4XOFSB

50 prayer mats will be laid out today at the Vancouver Art Gallery, one for each victim. #ChristchurchMosqueAttack pic.twitter.com/b40SImJ8Wy