Following the popularity of last summer’s temporary installation of four public pianos throughout Vancouver, July and August this year will find 10 sets of 88 keys placed around town for everyone’s enjoyment.

The program, called Keys to the Streets, is put on by City Studio, and is run by volunteers. The pianos are “hosted” by organizations, who look after the instruments for the duration of their stay.

And if it should rain, like it does sometimes in Vancouver? “Each piano will be deployed outdoors with a rain cover [and a] bench,” elaborates Keys to the Streets.

You’ll find the ivories awaiting your tickling at Spyglass Dock, Robson Park and the Creekside Community Centre, with the seven other locations to be revealed upon the program’s launch on Canada Day. The pianos will be available until August 24, and anyone can play, though organizers ask playing be limited to between the hours of 7 a.m. and 11 p.m. so as not to disturb any nearby residents.

Once the program wraps, the pianos will be donated to their host organizations. 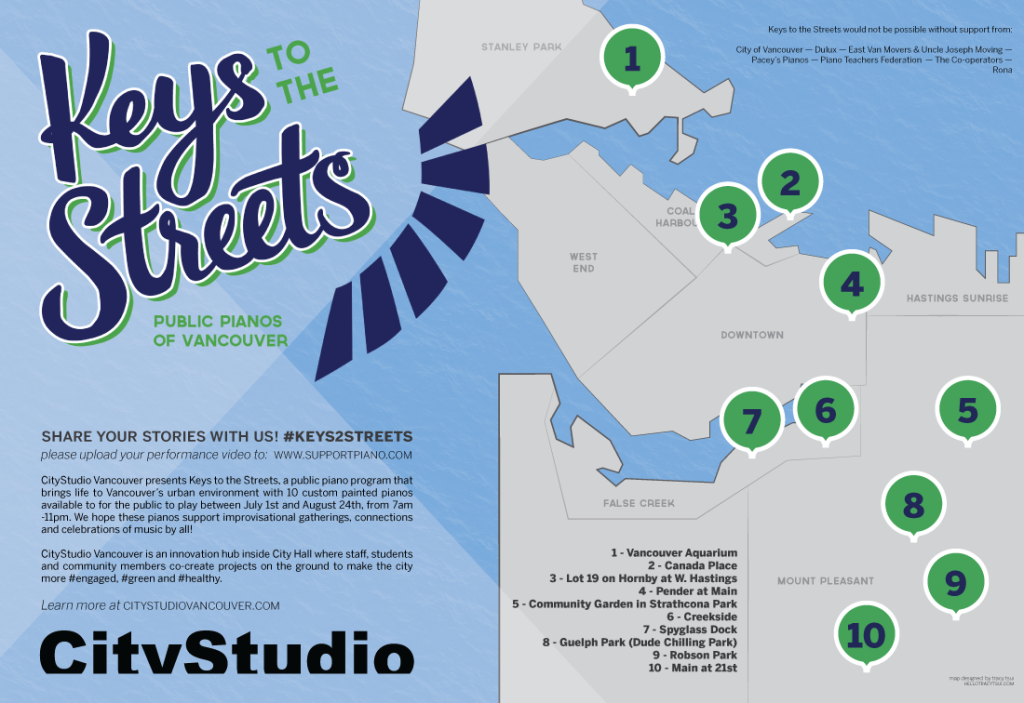