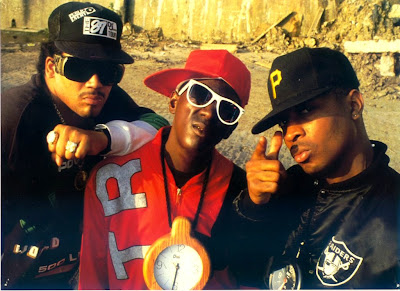 After nearly a decade the hip-hop icons return to Vancouver once again to Fight the Power. The group, which rose to fame in the late 80’s and early 90’s with its politically charged rap are back on tour to educate the masses through their ferocious, yet intellectual lyrics. Their last album was 2007’s How You Sell Soul to a Soulless People Who Sold Their Soul? check it!

Although there music may not be popular with the current generation of hip-hop heads, those that grew up in the 80’s and 90’s can definitely relate to their music and message. The rest of society probably knows Flava Flav from his wacky adventures in the realm of reality television.  For me, I still remember back in grade 7 getting suspended for wearing this Public Enemy tee.

Tickets $65.60 and are still available through Ticketmaster and Livenation.com