When the official public bike share announcement came out of City Hall in February, those of us who had been waiting patiently (and not-so-patiently) for its inevitable arrival were immediately thrilled. This summer, Vancouver will join the ranks of over 800 cities around the world that have provided the gateway to utility cycling; and with that, an inevitable shift in our emerging bike culture, to one that is slower, simpler, and more civilized. But we are not alone in our unbridled enthusiasm.

Last week, Modacity had the privilege of taking the prototype Vancouver Bike Share bicycle for a spin around our fair city, and participate in a promotional photo shoot. We didn’t get far into our day before being stopped by strangers and asked excited questions such as, “Is it really here now?” or “When will it start?” And while the official launch date is still to be confirmed, they were all elated to learn this summer will bring big change to the city – change that isn’t happening behind closed doors. 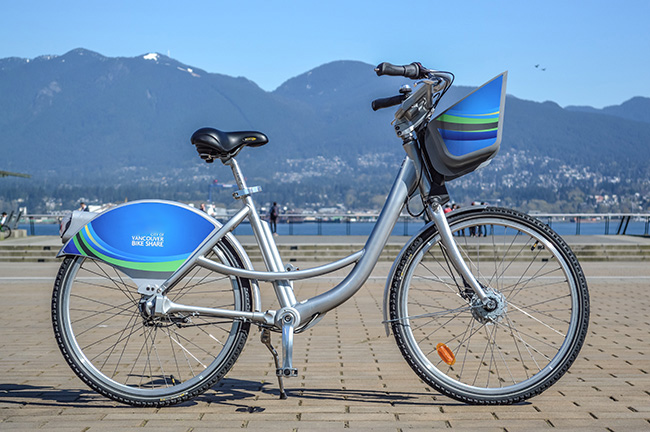 While newly appointed Vancouver Bike Share General Manager, Mia Kohout, will lead the team responsible for the day-to-day operation of the system, she is eager to get the citizens of our city involved in the planning and implementation process.

“Ultimately, we want to provide the best user experience possible, and garner a lot of excitement and support for bike share leading up to its launch,” says Kohout. “It’s really important that we include and engage with the public whenever possible. We cannot do that without the support of residents and businesses of Vancouver.” 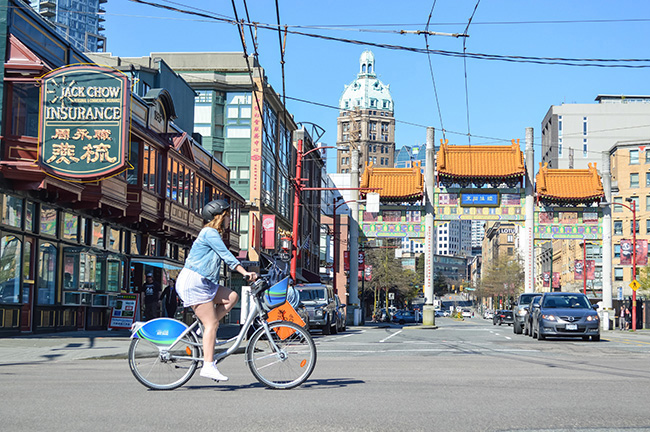 It began with a naming competition to get feedback from the public about what they would like their system to be called. We’ll be sure to hear what was chosen in the coming weeks (our vote is for Bikey McBikeface), but it was a creative and fun way to get Vancouverites invested in the process, and generate a sense of ownership.

The latest engagement campaign involves getting suggestions from the public about where they feel are the best locations for the docking stations. Not only does this allow more transparency around the selection of sites, but also gives the average person a chance to identify spots that would encourage them to use the bicycles. 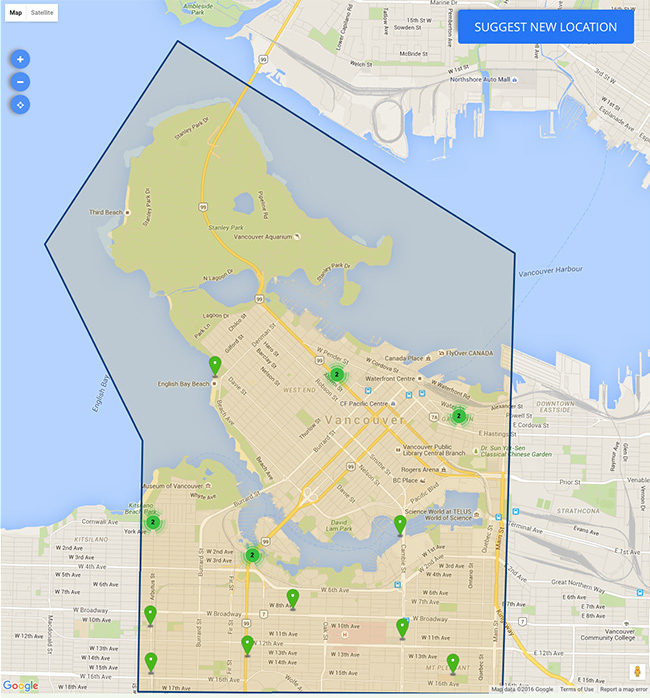 “When selecting station locations, think about how you might incorporate bike share in your life,” suggests Kohout, “And where you might need one. Are you racing between meetings? Heading out for dinner? Travelling to the beach? Or to school?”

After all, bike share, in its simplest form, is a natural extension of our transportation system, and part of its success will rely on it being a pragmatic, accessible option. 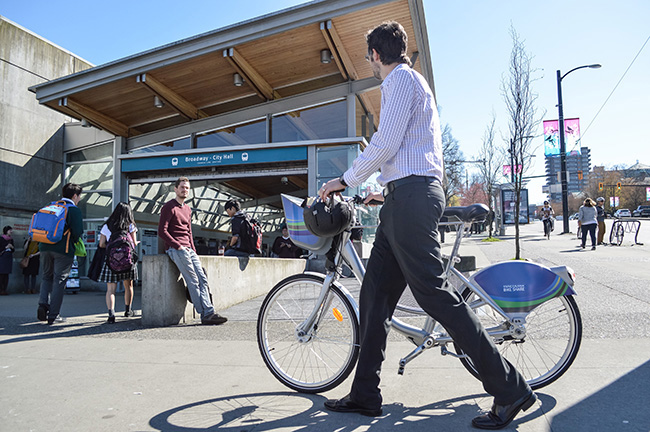 The “Suggest a Location” page will be open until early June, after which the team at Vancouver Bike Share, along with their partners at the City of Vancouver, will review the options and – in combination with studies already completed to identify the best possible sites – will roll out the best locations to meet the needs of users.

In the meantime, potential business partners are being asked to consider a variety of sponsorship opportunities with Vancouver Bike Share, and interested members of the public can stay up-to-date by signing up for the official mailing list, which will include a special “Founding Member” offer that will be revealed sometime in May. 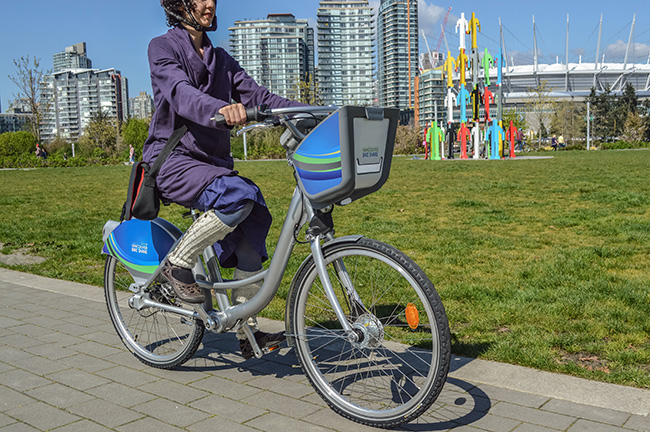 When bike share launches, people can expect to find them near transit stops, employment centres, and other major destinations – places that compliment the existing transit network with a healthy, low-cost solution to the “last mile” problem.

One thing is for certain, regardless of the name or station locations for our upcoming bike share, this summer is sure to be an exciting one. “This system is being built for you,” suggest Kohout. “Please engage yourself with this process whenever possible, because together we can transform our community and our city for the better.”