The massive eye-catching mural going up on both sides of the concrete silos on Granville Island represents a significant moment in Vancouver’s public art scene, but is also a reminder that these kinds of projects don’t come free.

The mural, aptly entitled “Giants,” marks the Canadian debut of Brazilian identical twins and street artists OSGEMEOS, and is part of the city-wide Vancouver Biennale. Colour blocking on the mural started August 6, and the brothers began their detail work August 13, and are expected to be “painting intensely” until September 6, in time for the unveiling and big public celebration on September 7, according to the Biennale’s director of marketing and communications, Miriam Blume. 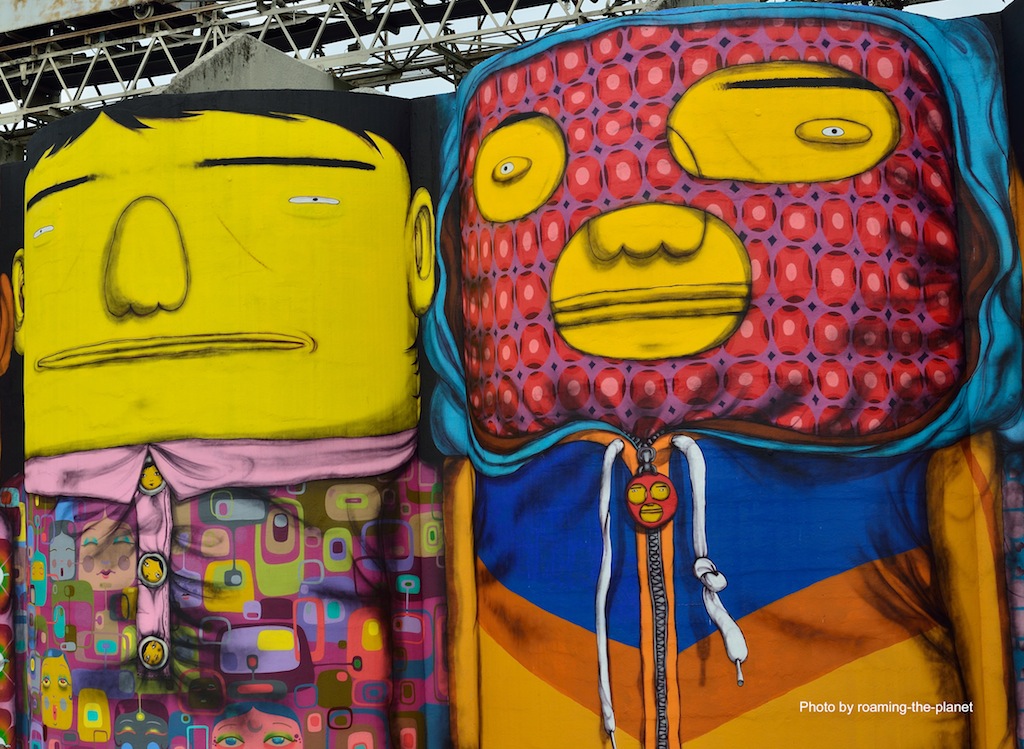 “Giants” is already attracting global and local attention, as the silos grow increasingly adorned with the brothers’ signature artwork. Blume reports the project’s impact is rippling through the Biennale’s expanding social networks, and Vancouverites are enjoying watching the mural’s progress day by day.

“We know the city is loving it,” says Blume. “What they don’t know is that it doesn’t come for free.”

The price tag, specifically, is a $125,000 fundraising goal for the Biennale, who have been running an Indiegogo crowdfunding campaign with donor perks to help support the mural, and their overall public art endeavours throughout Vancouver–like the giant jelly beans at the False Creek seawall and the “human structures” in Olympic Village. Perhaps misconstrued as a branch of the civic government, and thereby just another example of Vancouverites’ tax dollars at work, the reality, emphasizes Blume, is that the Biennale is a stand-alone non-profit charity in need of funding to sustain the public art they are adding to the city. 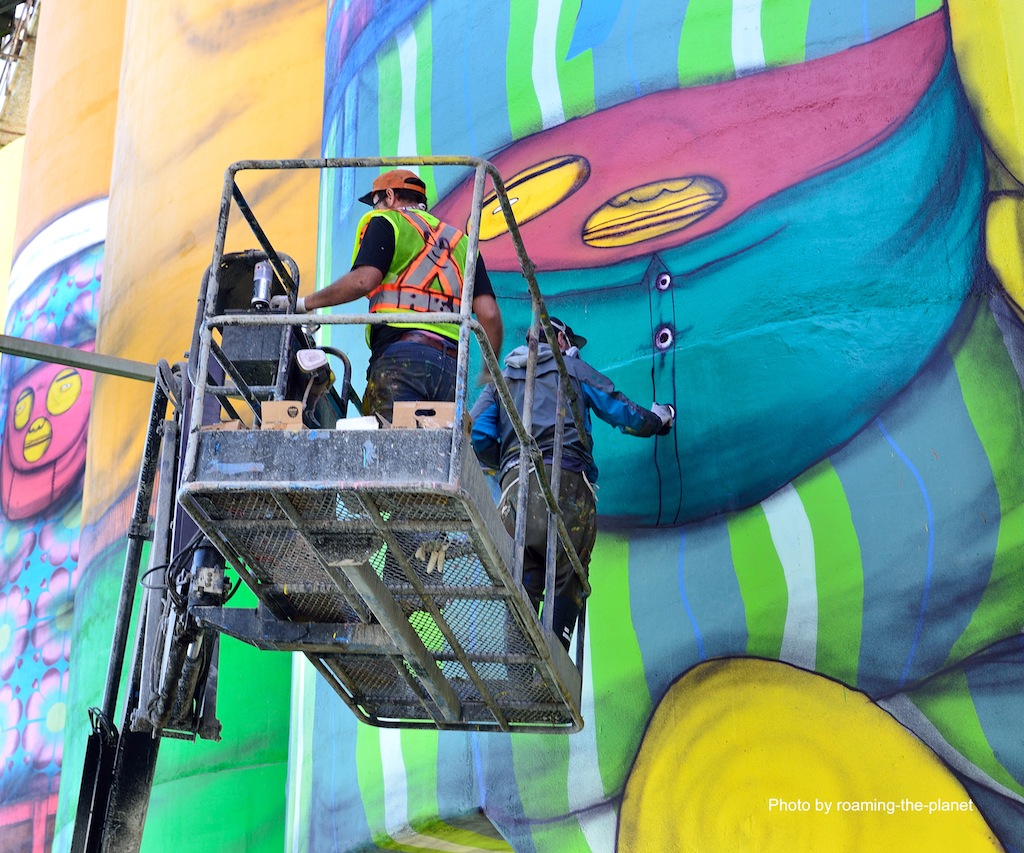 Currently the Biennale has raised about $32,000 towards their goal, and Blume says that amount is split between donors from Vancouver and those in the U.S. and Europe. While Europeans have a longstanding tradition of funding public art, Vancouverites have largely focused their charitable efforts on other causes.

Public art, however, can have not only a stunning visual impact on a city, but can also drive its revenue for years to come.

Blume notes that the OSGEMEOS mural is already getting tremendous attention in the global media, and in the long run, that kind of attention pays off when it comes to tourism dollars. 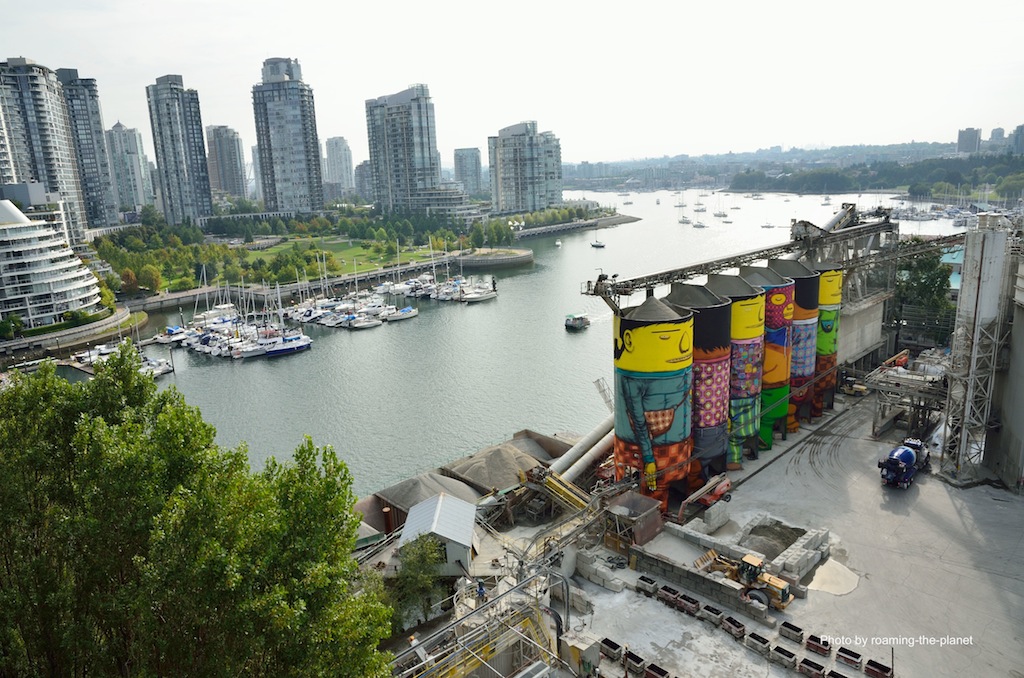 “Public art is the foundation to having a liveable city. We get to enjoy these incredible cultural attractions [that are also] great for our economy,” points out Blume. “Cultural tourism is worth billions of dollars. We are creating iconic destinations getting promoted all over the world, and that drives our local economy.”

The Vancouver Biennale hopes Vancouverites can appreciate that public art like the OSGMEOS mural “doesn’t just magically appear, and it’s not for free. Someone’s paying for this.”

Right now that “someone” is the Biennale, and while they assure everyone the OSGEMEOS mural isn’t in jeopardy and will get done, Vancouverites can expect multiple opportunities to donate between now and the end of the Biennale in 2016, from just giving a few bucks anytime via their website to participating in events like film screenings and bicycle rides that act as fundraisers.

Specifically, OSGEMEOS enthusiasts may want to take note of the “perks” associated with the Indiegogo campaign, including the chance to attend an intimate BBQ with the Brazilian artists, a film screening, or to own a numbered limited edition double-sided print of the mural–the first time OSGEMEOS have authorized a poster of their work.

The work has been the prime focus for OSGEMEOS during their Vancouver stay. The site poses unique challenges; a working concrete manufacturer means loud noises, dust, hard hats, and trucks going in and out all day. The scope of the project is indeed massive, and the schedule for the twin artists similarly intense.

OSGEMEOS are “intensely focused on delivering something really, really special for us,” says Blume. 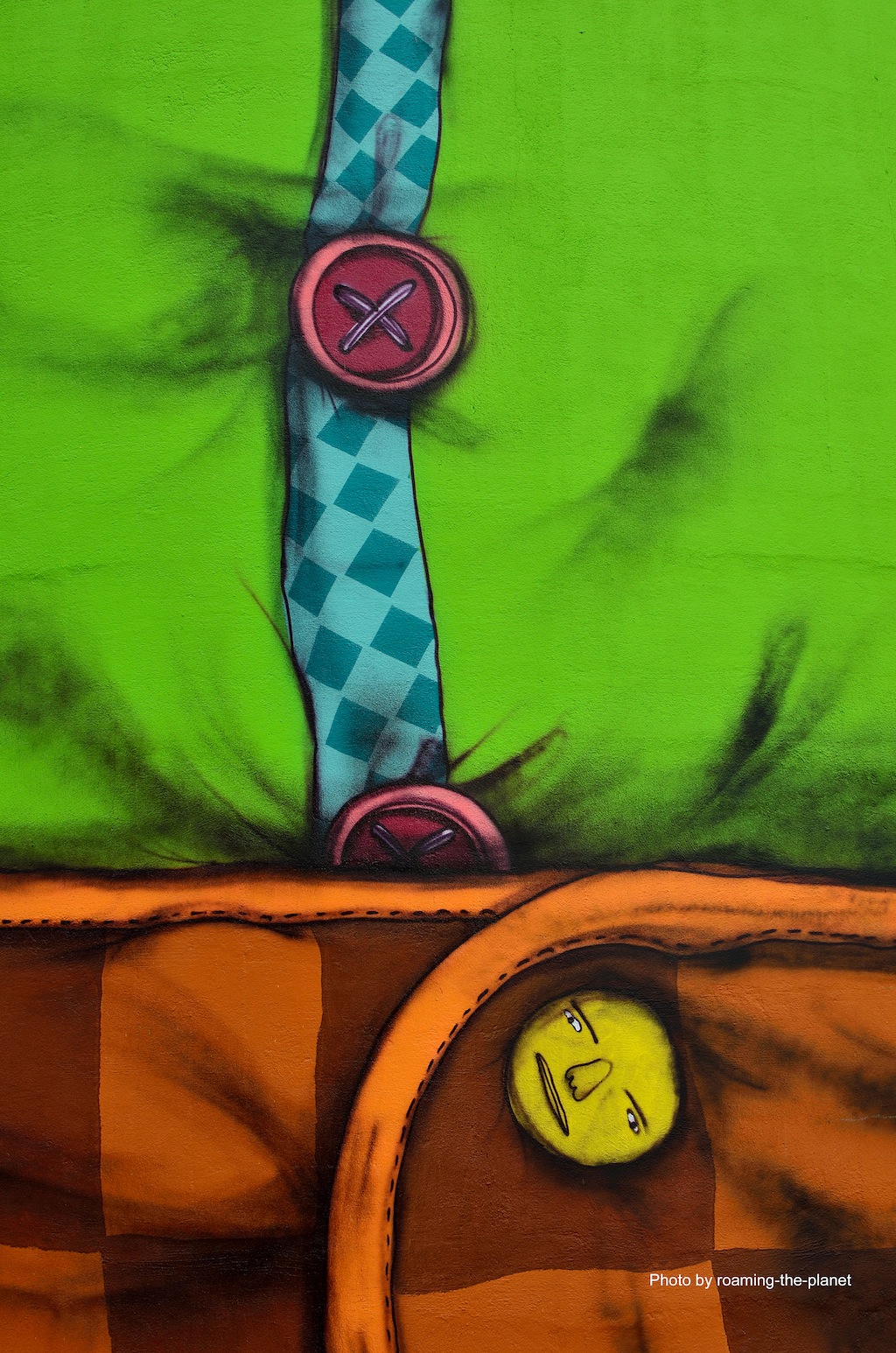 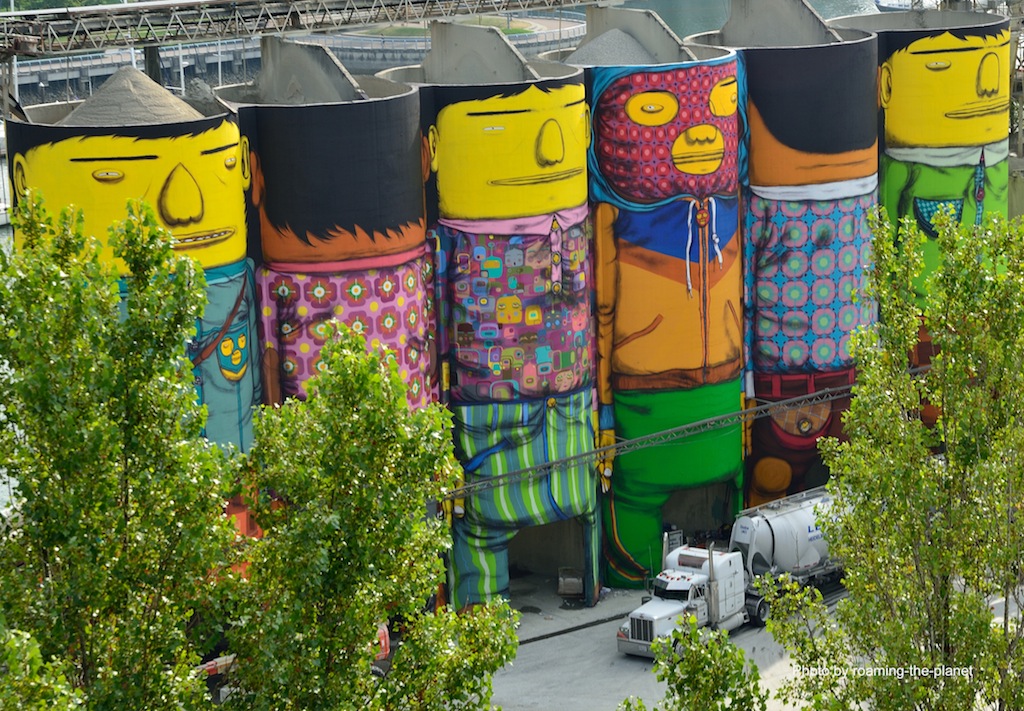