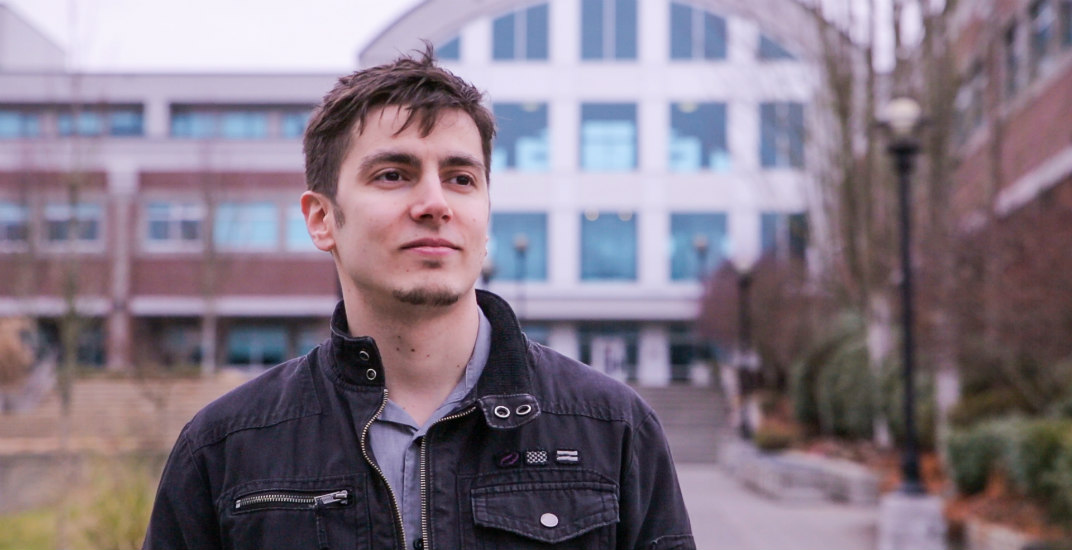 The days are long for Sanjin Ramovic; four days on working 12-hour shifts, and then four days off. He sees people who are crying out for help and others who are harming themselves. But he couldn’t be happier. He’s doing what he loves: he’s a psychiatric nurse.

Sanjin has worked in the field for almost five years. As a Psychiatric Liaison Nurse at Surrey Memorial Hospital, he sees up to seven patients for one to two hours each.

So, what’s a typical day like for Sanjin? When a patient checks in at the hospital, he brings them to his office. He talks to them about their mental health and family background. Is this person fit to go home, or do they need to see a psychiatrist? Is there a major mental illness or something else at play? It’s up to San to make those judgement calls.

After this, he refers the patient to a specific program, or, if they are staying the night at the hospital, he makes sure they have everything they need including medications.

“I get that person pointed in the right direction,” says Sanjin.

Why did Sanjin decide to become a psychiatric nurse? He already had a Psychology degree and worked as a health care aide in a group home. There, he met a 76-year-old psychiatric nurse who always looked happy when he came into work. “There was never a frown on his face. I asked him why he smiled all the time, and he said he loved what he did. And that’s what I wanted.”

San graduated with a Bachelor of Science in Psychiatric Nursing from Douglas College in 2013. He hasn’t looked back. “I love being hands on and getting in there and figuring it out,” he says.

More than 5,000 RPNs work in Western Canada right now and the need is growing. According to the Centre for Addiction and Mental Health, each year one in five Canadians experience a mental health or addiction problem. And by the time Canadians have reached age 40, one in two have or have had a mental illness.

The job options for psychiatric nurses are extensive. They work in hospitals, residential facilities, corrections facilities, drug and alcohol treatment centres, community clinics, long- and short-term care facilities, and with the homeless, as street nurses.

Sanjin says in order to be a psychiatric nurse, there are a few traits you need. Critical thinking is key. The ability to think independently is too, as most of the time you’re the one making the decisions. Empathy, compassion, teamwork and multitasking is also important. And leave your own history at the door.

“Separate yourself from your own personal experience, and focus on the patient and their needs,” he says.

To learn more about becoming a psychiatric nurse, visit douglascollege.ca/psych-nurse.