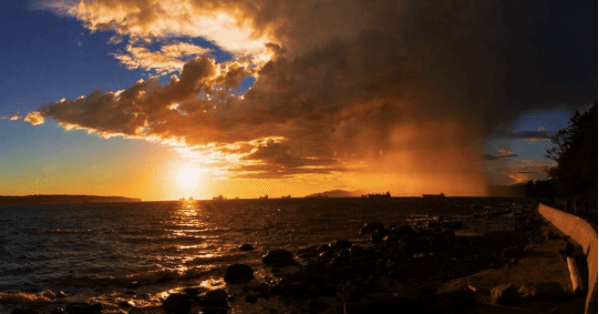 For those who rely on Highway 99’s George Massey Tunnel for their everyday commutes, much-needed relief is in sight. The provincial government has announced its intentions to replace the aging and highly congested 1958-built Massey Tunnel.

The Massey Tunnel is the busiest stretch of road along Highway 99 with an average of 95,000 vehicles per weekday on just four road lanes managed with the counterflow system. In addition to the tunnel’s importance for commuters (particularly those residing in the south of Fraser municipalities), it also carries more than 15,000 freight trucks per day – it is a vital truck route to and from Deltaport, the Tswwassen ferry terminal, and the US-Canada border crossings at Peace Arch and Surrey. There’s no question that the Massey Tunnel route is vital to the Lower Mainland’s economic well-being. However, in addition to regular daily commuter congestion, accidents have often caused delays lasting several hours in duration. There’s no question that the Massey Tunnel is severely under-built for today’s needs, never mind the growing demands of the future.

Besides capacity issues, safety concerns over the tunnel’s design also hinder its lifespan. During the tunnel’s design and construction process in the 1950s, little consideration was given to seismic concerns: the tunnel is not expected to survive an earthquake. Pre-cast tunnel sections were sunk into the Fraser River’s river bed – a 600-metre thick layer of loose sediment on top of bedrock – and then covered with a protective layer of rock. In the event of an earthquake, liquefaction of the sedimentary layer the tunnel sits on is likely, leaving the tunnel with nothing to sit on and vulnerable to flooding and collapse.

While the process to begin a study on a replacement has begun, a new crossing to replace the Massey Tunnel is not expected for another 10 years. At this early-stage, it is not known what type of crossing would be built on the Fraser River – whether it be a new tunnel or bridge. The 10 year timeline also follows the “decade timeline cycles” of most major transportation infrastructure projects in the region, given the required detailed scope of lengthy traffic studies, environmental assessments, public consultations, soil sampling, and the actual design and engineering process. The Gateway Program, which consists of the new Port Mann Bridge, began this same process nearly a decade ago. Translink also recently announced and began its process to replace the aging Pattullo Bridge, a process that will also take a decade before cars can begin to drive over new pavement. Patience is a necessary virtue for the planning, construction, and completion of major transportation infrastructural improvements, whether it be a road or transit project.

For both tunnel and bridge replacement options, considerations must also be given to the Fraser River’s freight traffic. Either way, any replacement will likely be in the price tag of upwards a billion dollars. The chosen funding model for the construction and maintenance of the new Massey crossing will also be an interesting subject, especially given the history of public out-lashing governments have traditionally received over the introduction of such necessary evils. Will tolls be used to pay for the construction and maintenance of the new George Massey crossing? Tolls have of course been placed on the recently completed Golden Ears Bridge, and tolls will be introduced to the now-open new Port Mann Bridge in December of this year. Tolls will also likely be used to fund the future Pattullo Bridge replacement.

Taken from the provincial government’s press release on its Massey Tunnel replacement announcement:

The government of British Columbia will also immediately begin planning and project development to establish a concept and scope for replacement of the George Massey Tunnel. The four-lane George Massey Tunnel under the Fraser River was built in 1958. It now carries over 80,000 people each day, and is the only major Fraser River crossing in Metro Vancouver, with a single lane of traffic in the off-peak direction during the morning and evening commute.

The counter-flow system at the tunnel was put in place in the late 1980s and has served the region well, but Highway 99 is now congested for more than four hours every day in both directions. Population growth in Metro Vancouver is set to increase by one million people by 2031. In that time, traffic volumes on major highways are expected to grow by over 30 per cent. With container capacity at Port Metro Vancouver set to more than double by 2030, truck traffic between Delta, Surrey, and Richmond will contribute to this increase.