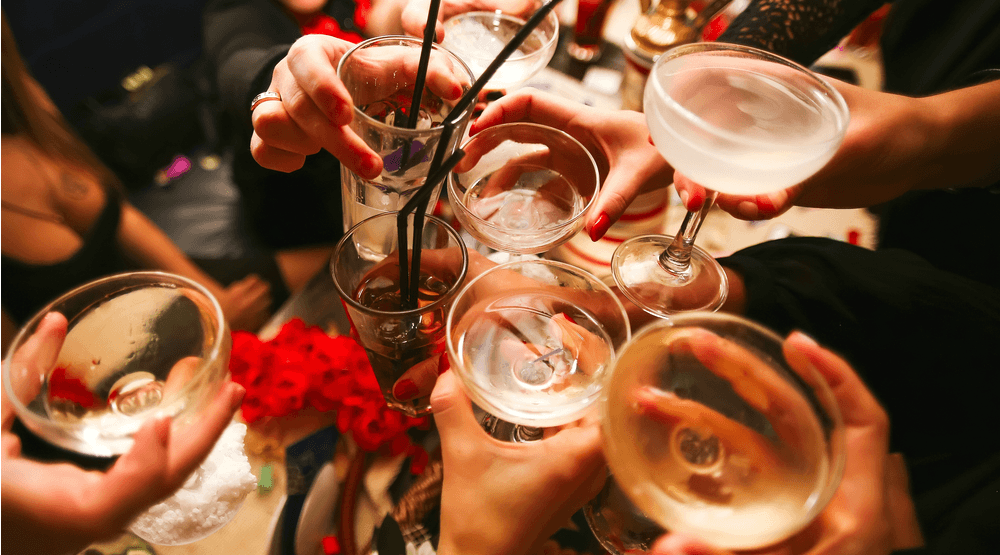 Canadians are quite the consumers of alcoholic beverages, according to numbers recently released by Statistics Canada.

Liquor store, agencies, and retail outlet sales of alcohol were up by 2.3% compared to the year prior, though the total volume of alcohol sold moved up by only 0.1%… to 3.074 billion litres.

The average Canadian spent $755 per year on alcohol, though BC, Alberta, Quebec, Nova Scotia, and Newfoundland were all above the average.

Newfoundland and Labrador had the highest average sale per person, at $1,056 — it was also found that 50% of the spirit sales in the province were rum, though didn’t specify just how much of that was Screech.

BC was the second largest consumer of alcoholic beverages at $864, followed by Nova Scotia with $789.

The prairie provinces of Alberta, Saskatchewan, and Manitoba were all hovering around the national average at $768, $730, and $754 respectively.

Quebec saw an average sale of $782 per person, which could be influenced by the fact that Quebec is one of the only two provinces, along with BC, to collectively spend more on wine than on beer.

According to an infographic from Statistics Canada, 85% of the beer purchased by Canadians was created in Canada, while the same can only be said for 40% of wine consumed. 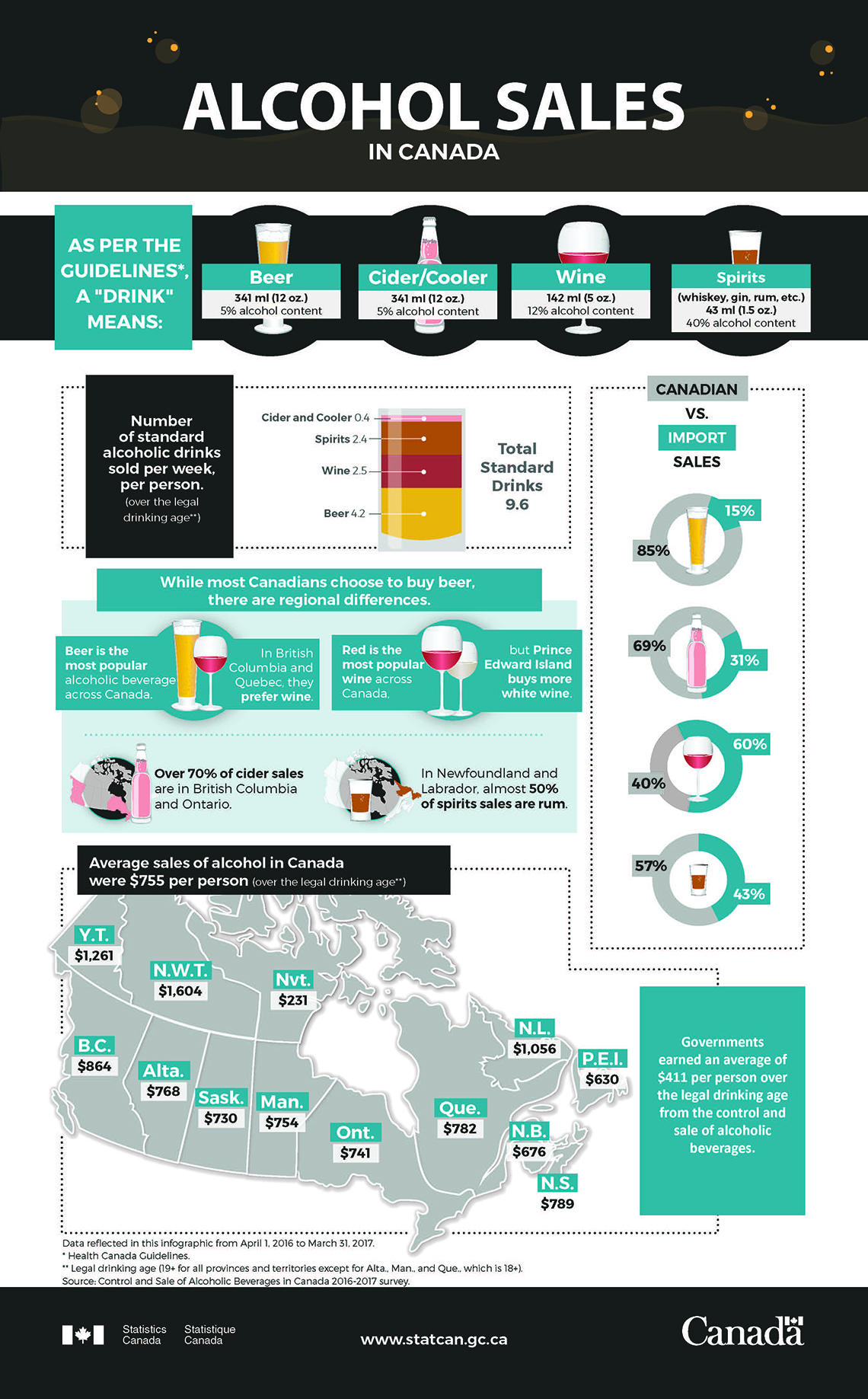