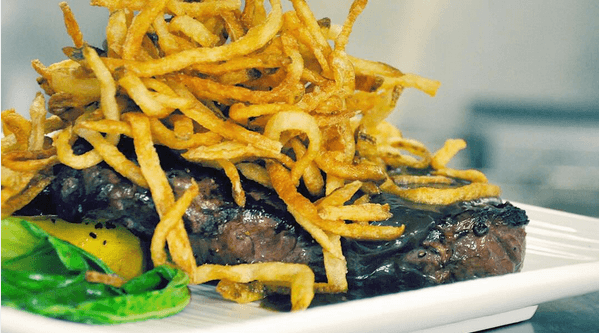 Cities and regions all around the world know the huge economic, social and environmental benefits of rapid transit and are investing billions of dollars in their networks. We live in a global economy and are competing with these other regions for business. The knowledge workers essential for the economy of the future want to live in cities where they can walk, cycle and use public transit.

Unfortunately, even after our successes over the last two decades with our investments in transit, we seem to be forgetting about the huge benefits and are focusing way to much on the capital costs.

Both the Broadway Subway to UBC and Rapid Transit in Surrey are critical investments for the region. The Broadway Subway will serve the growing number of people working and living along the Broadway Corridor and at UBC. It will also provide people living in Burnaby, Coquitlam and Surrey with better connections to the Airport and Richmond. Rapid Transit in Surrey will help shape growth encouraging the development of vibrant walkable communities south of the Fraser.

Both are behind schedule already. SkyTrain to Granville was supposed to be finished by 2006 while the construction of Rapid Transit in Surrey should have already begun.

The real judge of these projects will be how much additional revenue will be needed. Unfortunately, the capital construction cost of transit projects tends to be highlighted and the main deciding factor. The Broadway Subway to UBC is projected to carry 320,000 trips per day by 2040 including 54,000 new transit trips. The new transit trips will generate an estimated $260 million in additional fare revenue over 30 years (page 132, in 2010 dollars discounted at 6%) while operating costs will be much lower than the buses that are replaced. Taking this into account, the Net Present Cost in 2010 dollars is estimated to be $1.7-billion, much less than the $3-billion capital cost. The Surrey Rapid transit options fare well too in this respect. The $2.2-billion dollar options both have Net Present Costs of around $1.6-billion. All this means that the life cycle costs of both these projects will require somewhat less tax dollars than otherwise might be expected.

While the costs of these rapid transit projects are significant, they are well within our ability to pay. In Metro Vancouver, over the last 12 years (most of it over the last 8), $12.26-billion has been invested in major infrastructure projects (an average of over $1-billion per year). This includes $3.48-billion for rapid transit; $6.9-billion for roads and bridges; and $1.86-billion for BC Place and the Convention Centre.

Put in this context, even $3-billion Broadway Subway to UBC and $2.2-billion Surrey Rapid Transit options, are reasonable over the next 10 years with some funds aside for other investments. This region and province definitely have the economic capacity for this level of investment. The population and the economy will be growing so these investments relative to population and GDP will even be more favourable.

To put this all in perspective, let’s look at what some other regions are investing in rapid transit.

Greater Toronto has a rather bewildering array of plans and changing plans. From what I can tell, between TTC, Metrolinx and GO Transit, they have around $16-billion, $2,650 per person, worth of projects underway or at least funded over the next ten years. Metrolinx has just announced an additional $34-billion, $5,600 per person, worth of transit projects and is starting the conversation on how to fund them.

Perhaps the project that is most similar to the Broadway Subway is Toronto’s Eglinton LRT that will cost around $5-billion for 19km. That’s a half a billion dollars more than the Evergreen Line and the Broadway Subway put together. In the denser areas where Eglinton is a width similar to that of Broadway, a 10km tunnel is planned with the remainder being on-street. The fully grade separated SkyTrain lines will provide more frequent reliable service with a higher capacity. With around 320,000 riders per day expected by 2041, the Broadway Subway will carry many more passengers as well.

Paris is investing over $33-billion in the Grand Paris Express project. This project involves 200km of new automated grade separated metro lines linking suburbs to the core and other regional destinations. In addition, the plan also includes $9.2-billion for upgrades to existing lines and two light rail lines. Together, this amounts to $3,600 per capita from 2013 to 2030.

Even cities with little or no rapid transit are realizing the value of transit.

Honolulu, with a population of less than half of ours, is investing $5.12-billion,$5,400, per person) over the next ten years in an elevated automated light metro system very similar to SkyTrain.

Seattle, with a population of less than twice of ours, is spending nearly $10-billion, $2,600 per person, over the next ten years on a LRT system. Many sections of their LRT are underground or elevated due to their challenging geography.

Ottawa is spending $2.1-billion, $2,290 per person, on a partial underground LRT system. The cost increases to almost $2.5-billion, $2,700 per capita, when other projects are associated into the cost including road expansion required to detour buses during LRT construction. While they chose LRT because of its ability to run on city streets, it is looking more and more like their extensions will be grade separated like Vancouver’s SkyTrain network.

The UBC Line plus Surrey Rapid Transit would be a maximum of $2,300 per capita in the region. Arguably for a fairer comparison, as some of the projects in the other cities are under construction now, the Evergreen Line should be included which brings the cost per capita to $2,900. A bit higher than Seattle’s, Ottawa’s and Toronto’s current projects but much less than Honolulu, Paris and Toronto’s next wave of projects. At any rate, the capital costs would be paid over 30 years or so. The cost per person will be much much less than the $10,000 per year it costs to own and operate a newish automobile not taking into account the cost to taxpayers of building and maintaining roads.

So, it is time to get on with it. The Provincial Government needs to step up and give the region the funding sources it needs to build both rapid transit in Surrey and the UBC-Broadway subway in the next decade.

Check out Get On Board BC to find out how to support more funding for transit. It’s election time in British Columbia. Talk to candidates about transit and encourage them to commit to complete both Surrey Rapid Transit and the Broadway Subway in the next ten years.

Written by Richard Campbell, a Guest Contributor to Vancity Buzz. He has over 17 year’s expertise in cycling and sustainable transportation. He is a founder of the Vancouver Area Cycling Coalition, the British Columbia Cycling Coalition (BCCC), and Better Environmentally Sound Transportation (BEST). Richard is currently the President of the BCCC. Follow Richard through his blog (richardcampbell.org) and Twitter (@wrychrd).